Tripoli — Seif al-Islam, the son of slain Libyan dictator Moamer Kadhafi, appeared Thursday in a court in the western city of Zintan on charges of threatening national security, his lawyer said. 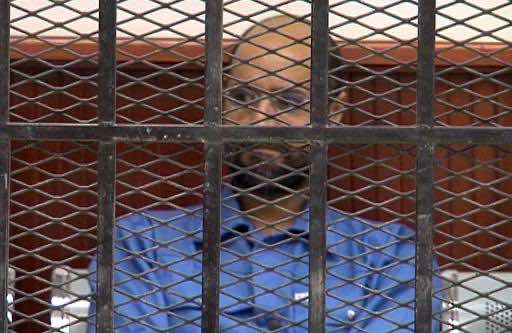 Tripoli — Seif al-Islam, the son of slain Libyan dictator Moamer Kadhafi, appeared Thursday in a court in the western city of Zintan on charges of threatening national security, his lawyer said.

The trial hearing lasted only five minutes and was adjourned to February 27 “due to the absence of the other accused,” said Mohammed Busema, the court-appointed legal representative.

Busema said that Seif, who is wanted by the International Criminal Court in The Hague, appeared to be in “good health” during the hearing.

On October 24, a Tripoli court indicted Seif and about 30 Kadhafi aides for a raft of alleged offences during the 2011 revolt which toppled the regime.

But Zintan rebels refused to have him transferred to the capital, despite a request from Libya’s prosecutor general and although the authorities say his jail is under state control.

Instead, Seif appeared in court in Zintan the same day on charges of undermining state security.

Seif al-Islam, Kadhafi’s former heir apparent, is still wanted for trial by the International Criminal Court on charges of war crimes and crimes against humanity during the uprising.

The ICC in May rejected Tripoli’s request to try the late dictator’s son in Libya because of doubts over a fair trial. Tripoli has appealed the decision.