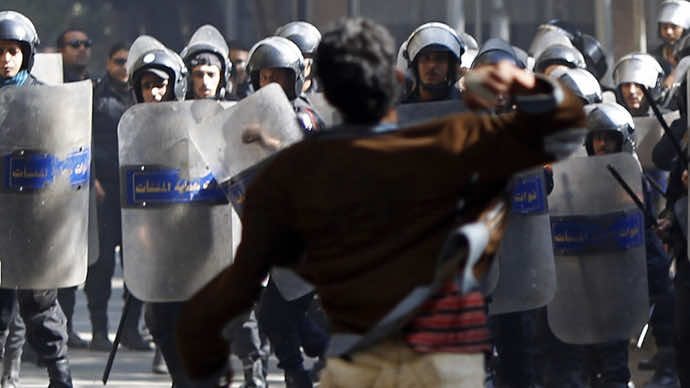 A total of 107 people were arrested across Egypt on Wednesday, including 27 university students.

In a statement, the Interior Ministry said that 80 people in three provinces had been detained on assault and incitement-to-violence charges.

According to the statement, 19 people were arrested in the southern province of Minya, 59 in the central Fayoum province and two in Giza.

On Wednesday, 21 students were arrested during clashes with security forces near Al-Azhar University’s Cairo campus, bringing the total number of detained Al-Azhar students to 49, a security source said.

Six students were also detained during clashes at Cairo University, bringing the total number of detained students from that university to 24, the source said.

According to the source, 11 policemen sustained birdshot injuries during the violence.

Egyptian security forces have rounded up massive numbers of Muslim Brotherhood leaders and supporters since the July 3 ouster of elected president Mohamed Morsi by the military.

Most have been charged with “inciting violence” – allegations the Islamist group says are politically-motivated.