CAIRO - Arab foreign ministers are to meet in Cairo on December 21 to discuss troubled peace talks between the Palestinians and Israel, the Arab League said on Thursday. 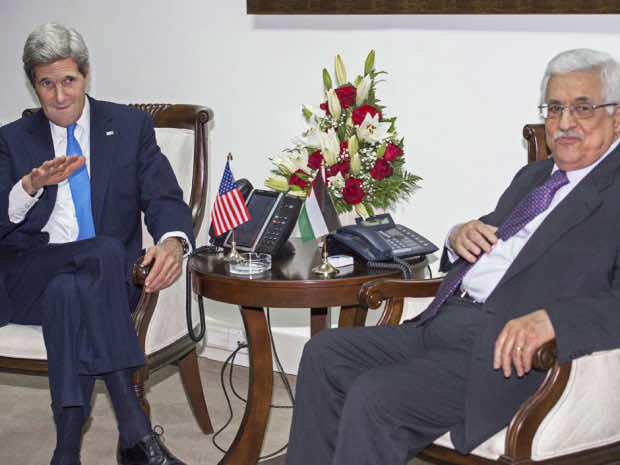 CAIRO – Arab foreign ministers are to meet in Cairo on December 21 to discuss troubled peace talks between the Palestinians and Israel, the Arab League said on Thursday.

The announcement came as US Secretary of State John Kerry was headed to Israel and the West Bank on his ninth visit since he took office in January in his dogged quest for an elusive peace deal.

Abbas may himself brief the ministers on the status of the talks, Ben Helli added.

At US urging, the negotiations have been held under tight wraps since their relaunch in July after a three-year hiatus.

But despite initial optimism, hopes of progress have rapidly faded amid mounting Palestinian exasperation at Israel’s persistent drive to expand its settlements in the occupied West Bank even as the talks are under way.

The Palestinians have also voiced strong opposition to some of the ideas floated by Washington in a bid to keep the talks alive.

But Kerry insisted before leaving Washington for his latest visit that neither he nor President Barack Obama accepted the growing pessimism about the chances of a deal.

“President Obama and I reject that cynicism,” Foreign Policy magazine quoted him as saying at an event it organised late on Wednesday.