JERUSALEM – On Wednesday, an Israeli court banned Raed Salah from entering Jerusalem for a two-week period in response to requests by Israeli police 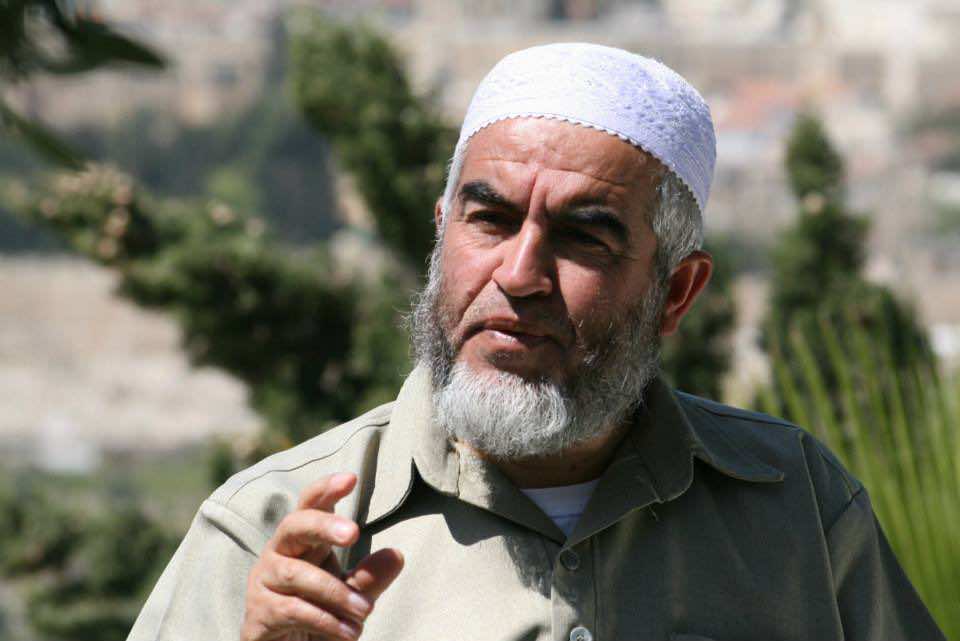 JERUSALEM – On Wednesday, an Israeli court banned Raed Salah from entering Jerusalem for a two-week period in response to requests by Israeli police

The Islamic movement inside Israel on Thursday warned against Israeli plans to permanently bar movement leader Raed Salah from the city of Al-Quds (occupied Jerusalem).

“There is tangible evidence that Israel plans to keep Sheikh Salah out of Jerusalem because his presence exposes Israeli plots against Al-Aqsa Mosque,” movement spokesman Zahi Njeidat told Anadolu Agency.

On Wednesday, an Israeli court banned Salah – who is widely seen by Palestinians as an icon of resistance against Israeli occupation – from entering the holy city for a two-week period in response to requests by Israeli police.

Israeli police arrested Salah in September on charges of “inciting” his followers against Israel.

The Jerusalem Magistrate Court later ordered Salah’s release on bail – set at 50,000 Israeli shekels – on condition that he remain at least 30km from Jerusalem for a period of six months.

Earlier this month, the court banned the Palestinian leader from entering the city for an additional ten days.

The Islamic Movement in Israel has called on Palestinians to converge on Al-Aqsa to counter alleged plans by Jewish settlers to mark upcoming Jewish holidays by storming the mosque complex.

The Knesset (Israel’s parliament) had earlier called for opening the mosque compound to Jews for all Jewish holidays.

Jews refer to Al-Aqsa as the “Temple Mount,” claiming the area had been the site of two Jewish temples in ancient times.