RABAT - A parliamentary opposition group has filed a bill to abolish the death penalty in Morocco, where a moratorium has been in place for 20 years, a member said Thursday. 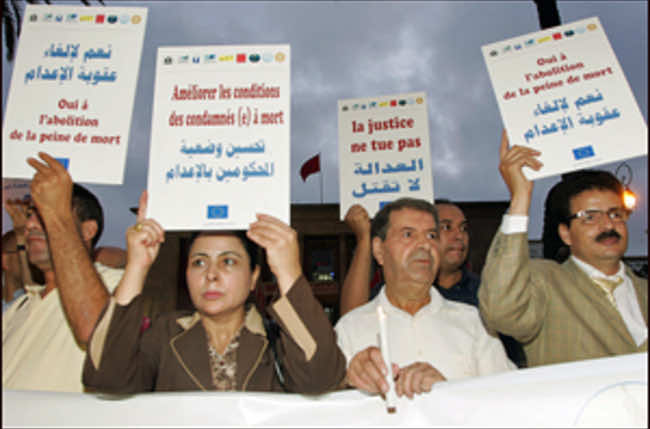 RABAT – A parliamentary opposition group has filed a bill to abolish the death penalty in Morocco, where a moratorium has been in place for 20 years, a member said Thursday.

The bill was filed last week in the lower house by the group of 39 lawmakers from the USFP leftwing opposition party, one of them told AFP, confirming local press reports.

“We are relying on the support of other groups and MPs,” to pass the bill, he said, adding that the group would be open to proposed amendments.

The MP said he was “optimistic” about the bill passing “in view of the current reform movement in Morocco”.

A parliamentary seminar was held earlier this week initiated by “the network of MPs against the death penalty,” a group founded in February and which numbers 210 lawmakers, according to the official MAP news agency.

If a parliamentary committee approves the proposed bill, it could be voted on in a plenary session next spring.

According to the newspaper L’Economiste, the bill contains four articles, among them a proposal to replace capital punishment with life imprisonment.

No executions have been carried out in the North African country since a moratorium was declared in 1993, but the death penalty has yet to be abolished.

Last year Moroccan courts sentenced 10 people to death for various crimes, according to media reports, and more than 100 people are on death row in the kingdom.