MOGADISHU– Flanked by President Hassan Sheikh Mohamud, the premier-designate urged the Somali people to work with the new government. 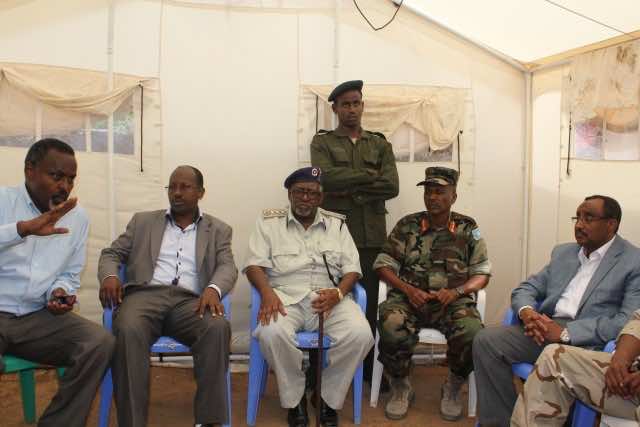 MOGADISHU– Flanked by President Hassan Sheikh Mohamud, the premier-designate urged the Somali people to work with the new government.

“I pledge to work to unite the Somali people, develop all provinces, improve relations with neighboring countries and activate Somali foreign policy,” Ahmed told a press conference in the presidential palace.

Flanked by President Hassan Sheikh Mohamud, the premier-designate urged the Somali people to work with the new government.

Mohamud named Ahmed, an economist, as new premier, succeeding Abdi Farah Shirdon, who was removed from office after losing a vote of no confidence in parliament last week.

Ahmed, 54, has worked with several regional and international organizations, including the Islamic Development Bank, the World Bank and the African Union.

The president is expected to ask the parliament to give confidence to the new prime minister before its recess, due to begin in late December.