Grammys organizers announced lifetime achievement awards Thursday for The Beatles and six other acts, including the Isley Brothers and electronic music pioneers Kraftwerk. 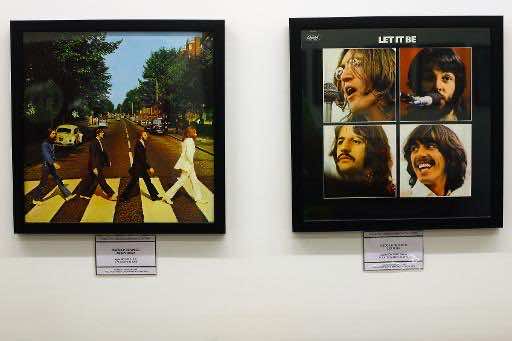 Grammys organizers announced lifetime achievement awards Thursday for The Beatles and six other acts, including the Isley Brothers and electronic music pioneers Kraftwerk.

Kris Kristofferson is also among artists who will get their awards in the week before the January 26 Grammys show, along with Mexican composer Armando Manzanero, creole “King of Zydeco” singer Clifton Chenier and late US violinist Maud Paul.

“It is a great privilege to recognize such an exceptional group of honorees and celebrate their accomplishments and contributions to the recording industry,” said Neil Portnow, head of the Recording Academy, which organizes music’s annual version of the Oscars.

The Academy described the seven-times Grammy-winning Beatles, also known as the “Fab Four,” as one of the most influential groups in music history, whose music was “rooted in 1950s rock and roll” but developed to range from “pop ballads to psychedelic rock.”

It is not clear who will pick up the honor in January. The two surviving Beatles, Paul McCartney and Ringo Starr, are still performing. McCartney sang at the last Grammys show in January this year.

The Isley Brothers, who had hits with “Harvest for the World” and “It’s Your Thing,” enjoyed “one of the longest, most diverse, and most influential legacies in pop music,” organizers said, noting that two of the brothers continue to perform.

German group Kraftwerk were “pioneers of electronic music” from the early 1970s and “influenced acts such as Bjork, Blondie, David Bowie, Daft Punk, Depeche Mode and Gary Numan,” they said.

Portnow added of them all: “This astoundingly unique and gifted group have created some of the most distinguished and influential work in our musical history.

“Their legacies are timeless and legendary, and their creativity will continue to influence and inspire future generations.”

Tinseltown’s annual awards season got into full swing Thursday with the announcement of nominees for the Golden Globes, the second biggest movie prizes after the Oscars. The Globes will be held on January 12 and the Oscars on March 2.