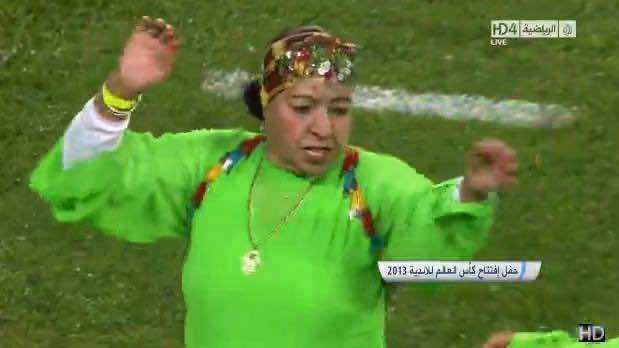 By
Adnane Bennis
-
Adnane Bennis is a national of Morocco, obtained his Bachelor’s Degree in Computer and Information Science from East west University in Chicago.
Dec 13, 2013

Fez – The 2013 FIFA Club World Cup, kicked off on Wednesday in Agadir, in southern Morocco. While Moroccan fans were looking forward to that event and hoping that it would showcase the rich and diverse culture and the potentialities of their country, they were dismayed to witness a disappointing ceremony turned into a festival of folklore.

This spectacle provoked angry reactions from Moroccans on social networks with the video of the ceremony going viral.

Like the Moroccan public, the country’s press expressed its dissatisfaction with the ”unprofessional” and “improvised” manner in which the opening ceremony was conducted, calling it a masquerade.

The ceremony “lacked professionalism” according to the Moroccan daily Al Ittihad Al Ichtiraki, in its edition of Friday 13 December.

For its part, the daily Al Akhbar pointed out that Moroccans were disappointed by the poor quality of the opening ceremony, adding that the organizing committee missed a great opportunity to promote Morocco’s image.

“The ceremony was disappointing to Moroccans, who expected a better performance to promote their country’s image,” it said.

“The officials of the Royal Moroccan Football Federation, the Ministry of Youth and Sports, and the government are all to blame for this masquerade,” it added.

The same sentiment of outrage was expressed by the online news portal Medias24, which pointed out that the opening ceremony was unworthy of a country that aspires to organize the World Cup, adding that the ceremony displayed a folkloric image of the country.

“On the occasion of the opening of the World Cup of clubs, Morocco had the opportunity to score points and prove it is a serious contender for the organization of the World Cup 2026. But it completely missed the opening, which translated a sense of improvisation and amateurism,” it stated.