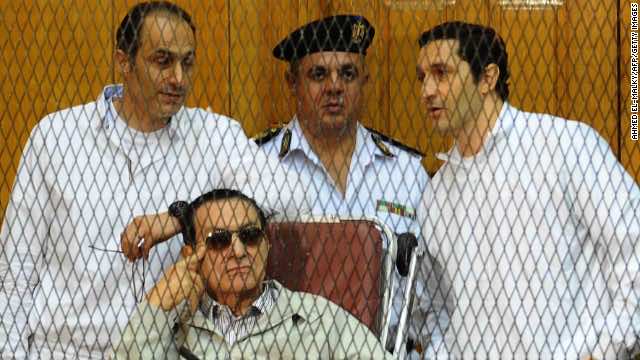 A trial session of toppled president Hosni Mubarak on murder and corruption charges started on Saturday.

Mubarak, his two sons Alaa and Gamal, interior minister Habib al-Adly and six security officials are accused of killing hundreds of peaceful demonstrators during an uprising that brought Mubarak’s 30-year autocracy to an end in early 2011.

Mubarak, his two sons and a business tycoon are also accused of corruption.

Former Egyptian Defense Minister Hussein Tantawi is due to testify in the trial in a secret court hearing on Saturday.

This is the fourth session in the trial since Mubarak’s release in August pending investigation after serving the maximum pre-trial detention period.