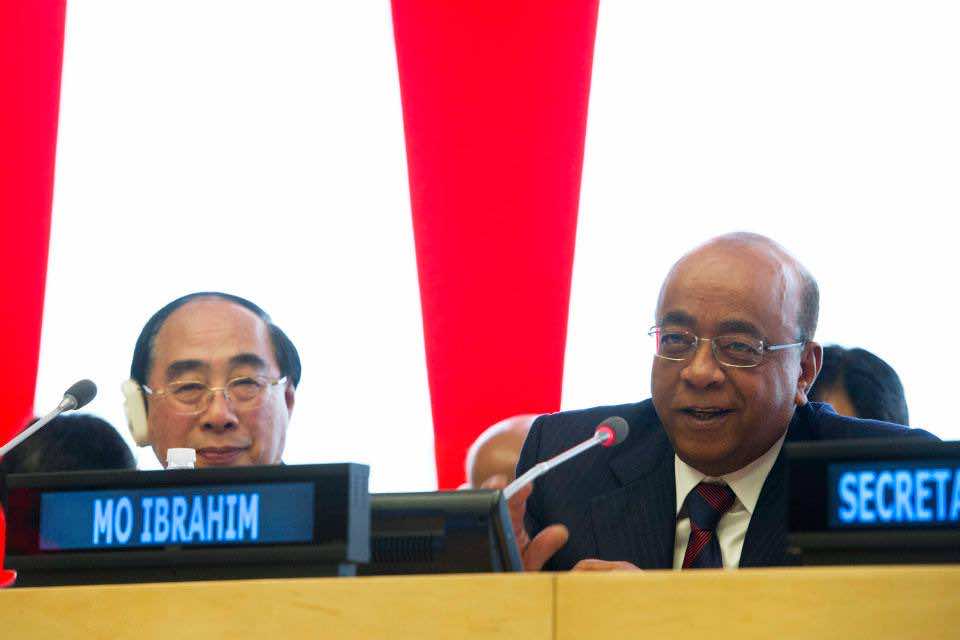 Last July, US President Barack Obama set the spark for his Power Africa programme that will help sub-Saharan African countries build power production and transmission projects and double their electricity access. President Obama announced in Cape Town, South Africa, his plan to mobilize $16 billion for investments that will generate 10,000 megawatts of electricity. With Nigerian billionaire and philanthropist Tony Elumelu pledging $2.5 billion towards that amount, it appears that Obama’s turn towards Africa is energizing the continent’s new philanthropic elites who can play a critical role in social enterprise, build capacity and pilot new technologies.

Before accompanying President Obama to tour the Ubongo power plant, near Dar es Salaam, Tanzania, Mr. Elumelu had also joined Judith Rodin, president of the Rockefeller Foundation, a US charity, to announce the establishment of the Impact Economy Investment Fund that will provide start-up capital for young entrepreneurs for jobs-creating projects. Like Mr. Elumelu, other top African philanthropists also appear to be changing tactics, focusing on investments in areas likely to accelerate Africa’s prosperity in addition to their interventions in humanitarian crises such as floods.

At a roundtable discussion last October at the UN headquarters in New York—one of the side events during the UN General Assembly debate—Mr. Elumelu, who is chairman of Heirs Holdings, an investment firm; South Africa’s Precious Moloi-Motsepe, the co-founder of the Motsepe Foundation; the Sudanese mobile communications entrepreneur and billionaire, Mo Ibrahim; Toyin Saraki, founder and president of Wellbeing Foundation Africa, a charity devoted mainly to children’s and women’s affairs, discussed philanthropy in Africa and the role of the private sector. Mr. Elumelu urged African philanthropists to focus on socioeconomic development and making people self-reliant.

A $6.3 million donation last year to flood victims in Nigeria established Mr. Elumelu as one of Africa’s top philanthropists. According to Forbes, a US business magazine, other pacesetters include Africa’s richest man, Nigeria’s Aliko Dangote, whose charitable contributions totaled $35 million last year, Mr. Ibrahim, Zimbabwe’s Strive Masiyiwa, Kenya’s Naushad Merali, and Mrs. Moloi-Motsepe who was named Africa’s most influential woman by Forbes in 2012.

In the manner of billionaire Warren Buffet, who gave away a substantial chunk of his fortune to charity in 2006, South Africa’s Francois van Niekerk transferred 70% of his equity in Mertech Group, a company he founded, to the Mergon Foundation, a charity he now manages. The stake is valued at $170 million.

Even as an increasing number of wealthy Africans raise their philanthropic profiles, many believe there’s still much more to be done. “There are about 150 private jets in Nigeria, and there are only about four registered philanthropies” in that country, states Wiebe Boer, a former Rockefeller Foundation staffer now managing the Tony Elumelu Foundation, which provides financial and policy support to African businesses. “If we could get every one of those guys who owns a private jet to create a philanthropy, I think we could have a terrific transformation in that country.”

Those skeptics who see few practitioners of philanthropy on the continent misunderstand the cultural context, argue Halima Mohamed and Bhekinkosi Moyo in their article in Alliance magazine, a leading publication on philanthropy. The emphasis on formal philanthropic institutions “is far from what philanthropy in Africa actually is—where giving emerges across socioeconomic classes; through individual and communal channels (formal and informal), often not involving money,” the writers maintain. In explaining Africa’s peculiar climate of philanthropy at the UN discussion round table, Ms. Moloi-Motsepe gave the example of ubuntu, a South African concept meaning “I am because you are: my success is intricately linked to yours.” The ubuntu concept is a family value that encourages giving back to society, she said.

With most philanthropic activities neither documented nor promoted in Africa, organizations like African Grantmakers Network have stepped in to facilitate experience sharing among philanthropists and to promote their activities. Along this line, Mr. Dangote recently pledged to enhance the public information aspect of his philanthropic work.

Mr. Elumelu’s model, which emphasizes investments in sectors that promote development such as the pharmaceutical and startup sectors, is an example of the link between business and charity. Stressing the need for investments in critical development sectors, he highlighted the billions of dollars his company was going to invest in sub-Saharan Africa’s ailing power sector. Former Ghanaian president John Kufuor took issue, pointing out that philanthropy involves giving without expecting something in return. Investments and philanthropy are not the same thing, he said, and Africa needs the former more than the latter.

A case for “strategic philanthropy”

While Ms. Saraki and Mr. Elumelu shared their views on how business can support socioeconomic development at the U.N. Roundtable, at other forums they have termed their approach strategic philanthropy, meaning solving problems at their source. For example, they believe that by providing education to women, philanthropists can help women avoid many reproductive health problems.

Africa’s poverty, exacerbated by a decline in official development aid, brings strategic philanthropy into sharper focus. The UK government’s assistance to South Africa, worth about $64 million in 2003 and down to about $30 million this year, will cease by 2015. The US-based Center for International Grantmaking reported that there had been a 4% decline in international giving by American foundations in 2010 following the 2009 global economic downturn. As a result, many foundations were unable to continue their work in Africa, creating an urgent opportunity for the continent’s philanthropists.

African philanthropists are conscious of thinning aid. Meanwhile, at a private sector forum on Africa (another UN side event during the General Assembly debate), Sudanese telecom billionaire Ibrahim took the position that taxes on multinationals, not gifts or aid, would be more than sufficient to address poverty on the continent. Africa loses between $30 billion and $40 billion annually due to tax evasion, he told the audience, which included representatives of top foreign businesses operating in Africa. “Just pay your taxes,” he beseeched the business leaders. “We don’t need your aid.”

On the flip side, there are concerns about the illusory nature of many of Africa’s charitable works, which can appear more like public relations gimmicks than sincere efforts to alleviate problems. “The use of philanthropy to offset exploitative business practices” should be discouraged, maintain Mr. Moyo and Ms. Mohamed in their Alliance magazine article. “If a resource-based corporation has made its profits from a land where people have been dispossessed of their land rights and then engages in philanthropic activity, serious questions need to be asked.”

Launched in April this year, the African Philanthropy Forum (APF) has a peer-review component that will likely address those concerns. An affiliate of the Global Philanthropy Forum (GPF), the APF was founded to promote strategic philanthropy in Africa. In announcing the APF’s launch, Jane Wales, president and CEO of the GPF, said that even as poverty persists in Africa, there are generous African men and women, “many at the height of their careers,” who are eager and “determined to change this reality and ensure that the benefits of economic opportunity are more evenly shared.” Ms. Wales may have had in mind Africa’s 55 billionaires, who were touted by the Nigeria-based financial magazine Ventures as having a combined wealth of $145 billion.

Before the APF’s launch, individuals such as Mr. Ibrahim were already implementing activities that promoted economic growth and responsible political leadership. In 2007 the Mo Ibrahim Foundation began awarding annual prizes to African leaders who, while in power, developed their countries, lifted people out of poverty, paved the way for sustainable and equitable prosperity and did not attempt to bend existing laws to extend their term. Winners receive $5 million over 10 years, $200,000 per year for life and another $200,000 for a charity of their choice. Previous winners include former presidents Joaquim Chissano of Mozambique and Festus Mogae of Botswana but there has been no winner since 2011.

The APF must now take African philanthropy to a higher level. Capturing the mood at the private sector forum on Africa, UN Secretary-General Ban Ki-moon said, “Africa can and will determine its own fate.” With leadership from the current crop of indigenous wealthy financiers, the small but growing number of African philanthropists may be ready for this task.