MADRID - President Mario Ray says he will not work for differences, but for solidarity. 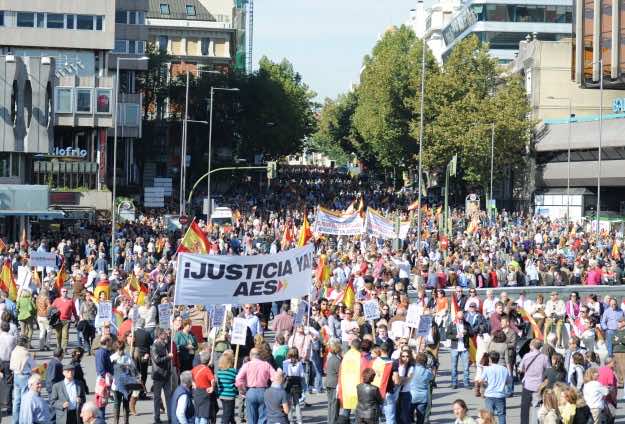 MADRID – President Mario Ray says he will not work for differences, but for solidarity.

Spain intensively discusses the referandum to be held on November 9 next year for the separation of autonomous Catalonia.

Ruling Catalan Nationalist Coalition (CIU) has declared the coalition by compromising with the seperatist parties in Catalonia saying “Spain can not hinder the plebiscite”, nevertheless Spain’s ruling People Party (PP) and main opposition Socialist Worker’s Party (PSOE) argues that referandum will not be implemented under any circumstances.

President Mariano Roy said, “I obviously expressed my idea regarding this issue. I will work to emphasize connective factors, not the differences. Spain’s sovereignty can be decided by all Spanish people. Any prime minister, political party or parliament can not decide what Spain is.”

Spanish Prime Minister commented on the plebiscite by saying, “Spain is one of the oldest nations of Europe and it is one of the leading countries which provided its union.”

Chief of PSOE Alfredo Perez Rubalcaba also criticized the developments. He said, they are not in favor of “self-determination of future” which was mostly used by autonomous Catalonia, stressing that a probable seperation of Catalonia would not be for the good of Spain and Europe.

The referandum will include the “Do you want Catalonia to be a state?” question, and “Do you want this state [Catalonia] to be independent?” which will be asked to voters saying “Yes” to the first question, and its pre-agreement is expected to be voted and confirmed in Catalan Parliament on January 15, 2013. Then the Catalan government is expected to submit the results of the plebiscite and ask for a general referandum in Spain.