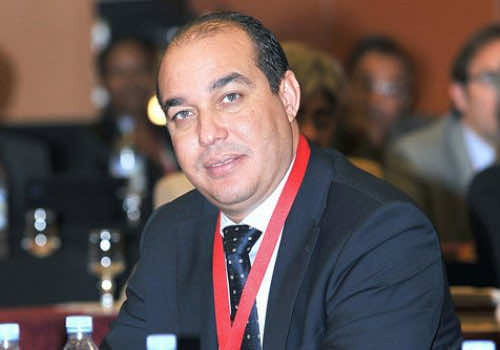 Rabat- There is a sense of lack of confidence among the leaders of the Popular Movement, the party of the Minister of Urbanism and Development, Mohand Laenser. One of the most prominent Ministers in the Popular Party movement is going through some tough times due to some successive blunders to the point that militants of PM do not hesitate to speak about a “terrible casting error.”

The Minister of Youth and Sports, Mohamed Ouzzine, Halima Asali’s son-in-law, the most influential woman of the party, became entangled in a quagmire for more than six months. The inexperienced young minister has quickly made many enemies in the area of sports. It remains unsure whether he was changing the status quo or ruffling feathers of some established paradigms within the sports environment.

Mr Ouzzine presented himself as a leader in the Moroccan spring in the field of sports underlying a wiliness to transform the current status quo as in the Arab spring. In his rush, the Minister forgot that a Minister can’t interfere in a federation that runs Moroccan sport.

An informed observed noted that: “Ouzzine may have three  weaknesses: His ignorance of the inner workings of Moroccan sports, his inability to work, and his people- his advisor Hamid Faridi and the Secretary General, Karim Akkari”.

According to the newspaper Annass, “The first one, Hamid Faridi may have profited from business deals from the Ministry of Youth and Sports, while working as adviser in the ministerial office. This is clearly a conflict of interest.

The second one, Karim Akkari, played a major role in the unprecedented crisis that shook up the Royal Moroccan Football Federation, and might also have links to the troubles of the Royal Moroccan Basketball Federation”. A former Moroccan official noted that: “Mohamed Ouzzine could   be hostage of these two people who may ruin his ministerial career, but also affect the Moroccan sports”.