KABUL – Two Afghan soldiers were killed in separate bomb attacks, while 23 people were killed during operations against the Taliban on Saturday. 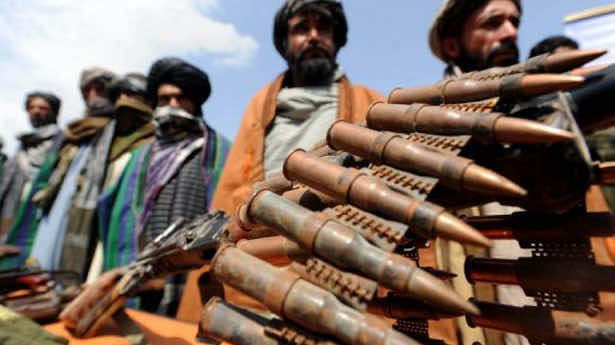 KABUL – Two Afghan soldiers were killed in separate bomb attacks, while 23 people were killed during operations against the Taliban on Saturday.

A roadside explosive was detonated in southern Farah province as a military vehicle was passing, killing one Afghan soldier and wounding two others, the Afghan Defense Ministry said in a statement via email.

Bomb attacks in the cities of Badhghis, Helmand and Zabul killed one soldier and wounded three.

Meanwhile, 23 people lost their lives in operations against the Taliban in the last 24 hours which also wounded five others.

An additional 21 Taliban members were captured in the cities of Kunar, Nangarhar, Jowzjan Laghman, Ghazni, Helmand and Khost, according to an Afghanistan Ministry of Interior statement.

Large quantities of arms and explosive materials were captured during operations, said the ministry.

The figures from the Ministry of Interior were refuted by Taliban spokesman Zabiullah Mujahed, whose statement via email claimed that Taliban members had killed a large number of Afghan and foreign soldiers over the last 24 hours.