LONDON - A US woman traced the son she gave up for adoption only to find that he had died in the Lockerbie plane bombing 25 years ago, a report said on Sunday. 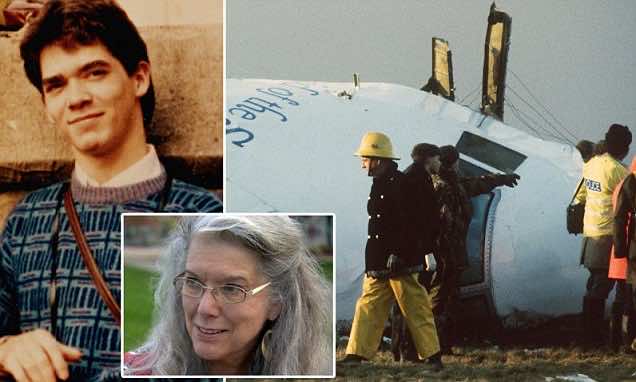 LONDON – A US woman traced the son she gave up for adoption only to find that he had died in the Lockerbie plane bombing 25 years ago, a report said on Sunday.

Carol King-Eckersley, 65, from Oregon, decided last year to search for the baby boy she gave up at birth when she was 19, according to a BBC documentary.

She knew his adopted name — Kenneth Bissett — but her hopes of a reunion were dashed when earlier this year she found the name on a Lockerbie remembrance page.

“270 people died in that tragedy and one of those happened to be the only child I ever had. And I didn’t even know it until last April,” King-Eckersley told the BBC.

“So it became a kind of double tragedy. I found him and I lost him on the same day.”

Pan Am flight 103 from London to New York blew up on December 21, 1988, killing all 259 people on board and 11 more on the ground in the Scottish town of Lockerbie.

Libya admitted responsibility for the bombing in 2003 and eventually paid $2.7 billion in compensation to relatives of the victims.

King-Eckersley told the BBC that she had for decades kept a promise not to look for her son after giving him up for adoption in 1967.

But she began the search as part of grief counselling after her husband died in 2012.

Bissett, a Cornell University student, had been on an overseas programme in London and was due to return to the United States earlier in December 1988, but stayed on after friends threw him a 21st birthday party, and caught the doomed flight.

His birth mother found his name on a website for students who had died in the bombing and at first could not believe that it was him.

“And it finally dawned on me that it was right, and I just said ‘my God, my baby’s dead,” King-Eckersley said.

She added: “There was always the hope and dream that some day there would come a knock at the door and I would open it and there would be this tall handsome gentleman saying, ‘Hi, I guess you’re my mom’.

“When I saw that on my computer it was like somebody had turned out a light because that hope was gone.”

King-Eckersley attended a remembrance service at Syracuse University in New York state, which lost 35 students in the Lockerbie bombing and had arranged the exchange programme Kenneth Bisset was on.

Bissett’s adoptive parents are both dead.

“I’m still in the semi-numb part after you lose a loved one,” said King-Eckersley, who was unable to have more children but adopted her late husband’s son.

“Even though I didn’t have him with me physically he was always in my heart. I thought of him pretty much every day.”

Memorial services are due to take place in Scotland, London and the United States for the 25th anniversary of the bombing on Saturday.