GAZA CITY – The Gaza government has estimated the damage left by the storm at $64 million. 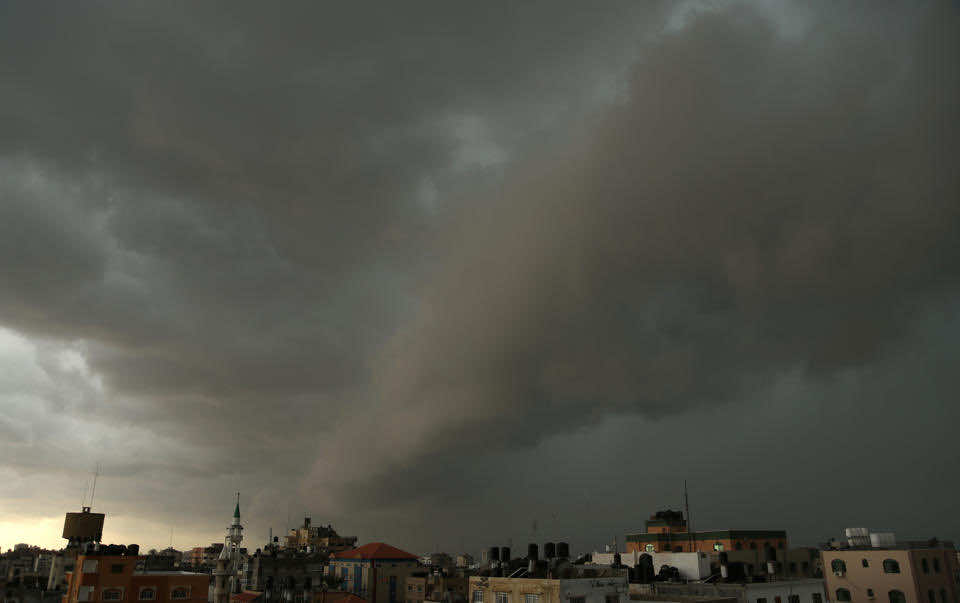 GAZA CITY – The Gaza government has estimated the damage left by the storm at $64 million.

At least two residents of the Gaza Strip had been killed and 108 others injured as a winter storm coupled with torrential rain battered the enclave for four days, authorities said Sunday.

The storm, called Alexa, has displaced around 5,250 people who were forced to resort to shelter camps across the Gaza Strip after their homes were weather conditions, Ashraf al-Qadra, a spokesman for the Gaza Health Ministry, told Anadolu Agency.

He did not mention what caused the two deaths.

The Gaza government has estimated the damage left by the storm at $64 million.

Around 3,300 housing units had been submerged.

The Gaza Strip has struggled to deal with cold winter temperatures in the absence of badly-needed heating fuel, which remains in short order due to Israel’s blockade of the enclave and an Egyptian crackdown on cross-border tunnels used for smuggling vital commodities.

The strip’s only electricity plant stopped working several weeks ago after consuming the last drop of fuel, rendering the local energy authority incapable of providing power for more than six hours a day to the strip’s almost two million inhabitants.