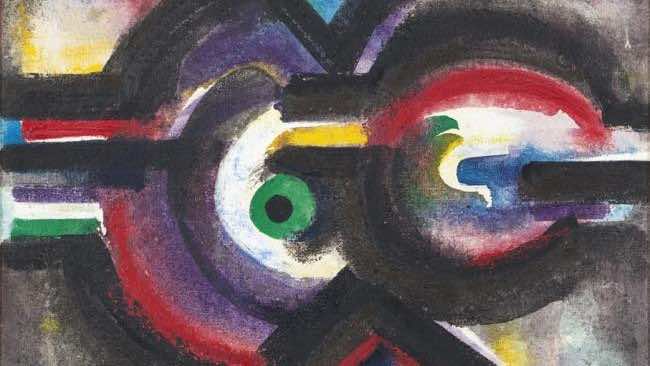 By
youssef sourgo
-
Youssef Sourgo is currently a Master’s student in Linguistic and Literary studies at Ain Chok Faculty of Letters and Humanities.
Dec 15, 2013
Spread the love

Unsurprisingly, this is was not the first time a work of art by Ahmed Cherkaoui was auctioned for MAD 3.5 million.

Born in Casablanca, on October 2, 1934, Ahmed Cherkaoui is one of the forerunners of modern painting in Morocco. His works are present in numerous collective exhibitions in Morocco and France, as well as in Algeria, Spain, Japan and Sweden.

“Moroccan painter Ahmed Cherkaoui, who died at the age of 33 in 1967, had this passion for symbolism in all of his paintings,” Moroccan writer and poet Tahar Benjelloun once said on Ahmed Cherkaoui’s idiosyncratic art. “[It] is a reading of the most beautiful carpets of his native Morocco, a subtle and sublime reinterpretation of this art, simultaneously ancient and modern.”

During the same auction, organized by the Moroccan Company of Works and Objects of Art (CMOOA), a work by acclaimed Moroccan painter, Chaïbia Talal was auctioned for MAD 1.35 million.

Born in Chtouka, a small village near El Jadida, Chaïbia Talal (1929 – April 2, 2004) is another celebrated Moroccan painter with watershed and priceless works of art. Her works were exhibited in multitudinous national and international painting exhibitions, notably in France, Germany, Spain and Netherlands.