DOUALA- The French's military intervention in the war-ravaged Central Africa Republic (CAR) is rooted in France's desire to protect its interests in the former colony rather than protect civilians, experts argue. 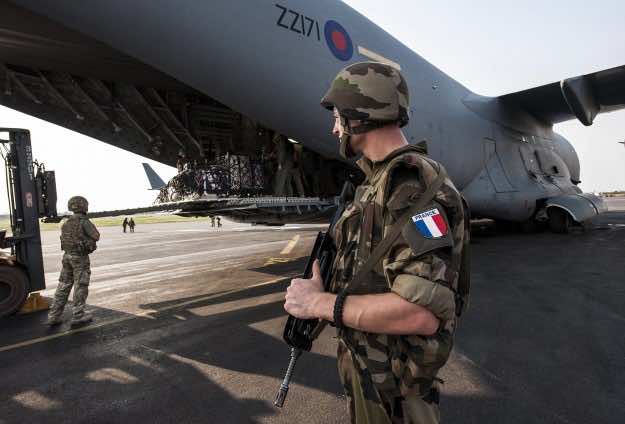 DOUALA- The French’s military intervention in the war-ravaged Central Africa Republic (CAR) is rooted in France’s desire to protect its interests in the former colony rather than protect civilians, experts argue.

“At first [French President] Francois Hollande said their only concern was protecting their citizens and their interests, as though CAR’s politics could be separated from its resource wealth, which is ridiculous,” Ann Garison, an American writer, blogger and journalist, told Anadolu Agency.

“I think the French military action is first and foremost about protecting their resource interests, most of all uranium and oil,” she insisted.

France has 1,600 troops currently deployed in CAR under a UN mandate to restore security and protect civilians in the former colony.

The landlocked country descended into anarchy in March, when Seleka rebels from the mostly-Muslim north ousted François Bozize, a Christian who had held the presidency for ten years.

The months since have seen the emergence of Christian “anti-balaka” militias, which have engaged in frequent clashes with Seleka fighters.

Woungli Jean-Pierre, a social-political activist who advocates for pan-Africanism, argues that France is in CAR for its own economic interests.

“CAR has a lot of mineral resources and I think that’s why the French are there,” he told AA.

France has intervened in CAR many times since the country obtained independence in 1960 compared to any of its former colonies which analysts believe is aimed at protecting its mining interests in the country.

Garison, who has written extensively on western military interventions in Africa, said France was running on 75 percent nuclear power and needs to hold onto its stakes in African uranium reserves, which are in some of its former colonies.

CAR, a former French colony, is blessed with different types of minerals which include gold, diamond and copper.

But the country is also believed to hold impressive quantities of uranium.

French nuclear power giant Areva already has a uranium plant at Bakouma in the southeast of CAR.

The mine reportedly holds about 32,000 tons of uranium.

Some analysts say France fell out with ousted Bozize because he wanted to give mining contracts of uranium to China and South Africa.

“When under siege in 2012, former president Bozize suggested this was the reason,” Garison said.

“But Bozize is now in France, where he most recently seems to have blamed Chad for his overthrow by armed forces,” she added.