LONDON -"The parallels with what went on in the 1930s in Germany are so crushingly obvious," Waters says. 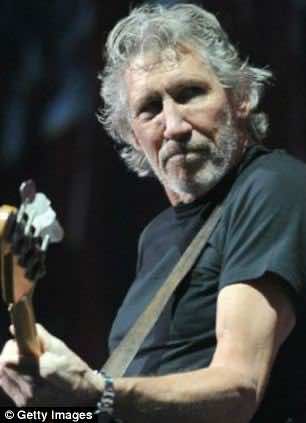 LONDON –“The parallels with what went on in the 1930s in Germany are so crushingly obvious,” Waters says.

Roger Waters, a renowned British musician and co-founder of the Pink Floyd rock band, compared the Israeli government to Nazis in an interview with the American “Counter Punch” magazine last week.

“The parallels with what went on in the 1930s in Germany are so crushingly obvious. There were many people that pretended that the oppression of the Jews was not going on. From 1933 until 1946. So this is not a new scenario. Except that this time, it’s the Palestinian people being murdered,” 70-years old Waters said.

The British musician has been outspoken about Middle Eastern politics, even defending the cultural boycott of Israel by rejecting to perform concerts in the country.

Waters was sharply criticized as an “antisemitic” following this summer’s concert, during which a “pig-shaped balloon decorated with a Star of David” was used on set.