The number of Syrian refugees in the Middle East will nearly double over the next year to exceed four million, the United Nations said Monday as it launched its appeal for funds. 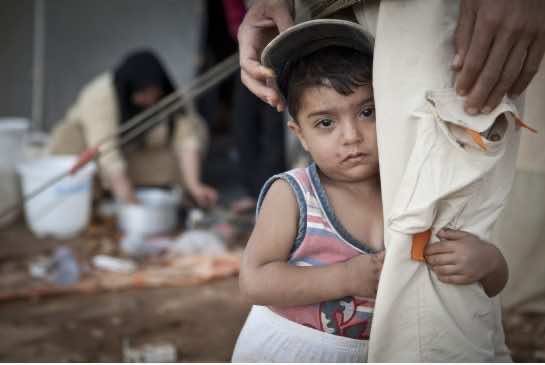 The number of Syrian refugees in the Middle East will nearly double over the next year to exceed four million, the United Nations said Monday as it launched its appeal for funds.

Another 9.3 million people are expected to be in need of aid inside the war-ravaged nation by the end of next year, with millions displaced from their homes, the UN’s humanitarian agency (OCHA) said.

The civil war between forces loyal to Syrian President Bashar al-Assad and rebels seeking his overthrow has raged for 33 months and killed more than 126,000 people.

The crisis has put an enormous strain on neighbouring countries, where hundreds of thousands of refugees are sheltering in tents as the winter sets in.

Some 4.1 million Syrians will be living as refugees in Lebanon, Jordan, Turkey, Iraq and Egypt by the end of 2014, up from an estimated 2.4 million today, according to the latest estimate.

In all, 660,000 Syrians will be living in refugee camps by the end of 2014, while another 3.44 million will be living in private accommodation, the UN said as it launched its appeal for funding to cover aid for Syria and other conflicts around the world next year.

The countries themselves already put the number at around three million, five times the 588,000 Syrians who were registered as refugees in the region a year ago.

OCHA said it and other international aid agencies and organisations would need a record $12.9 billion (9.4 billion euros) to help some 52 million people engulfed in 17 major crises around the world in 2014.

Nearly half of that amount was needed for the Syrian conflict, with $2.27 needed for aid inside Syria and $4.2 billion needed for the refugees and their host communities in the region.