Sidi Ifni - According to the Al Doustour newspaper website, Morocco will face the strongest tsunami in the world beginning on December 26, due to heavy rains in Western countries and adverse climate change. 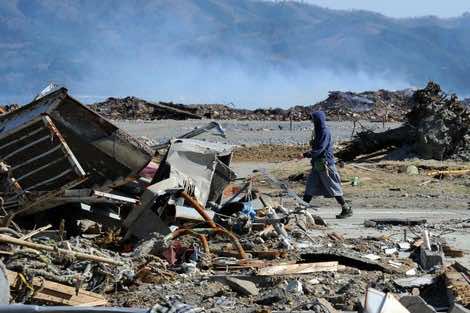 Sidi Ifni – According to the Al Doustour newspaper website, Morocco will face the strongest tsunami in the world beginning on December 26, due to heavy rains in Western countries and adverse climate change.

Strange though it may seem, the newspaper report, which does not cite reliable sources, states that the alleged tsunami will wreck much havoc in Morocco, bringing about a loss of many million dirhams and a death toll of 10 million lives.

The same source added that this alleged tsunami, which is supposed to last 10 hours, will result in the total destruction of the majority of Morocco’s coastal cities.

Among the solutions to the expected calamity the same source suggests is displacing residents of the north and west to the south of the country and evacuating homes to avoid massive loss of life.

The controversial news has taken some Moroccans aback, making them wonder about the possibility of such a catastrophe.

“Moroccan people are in danger. The authorities will have to release the prisoners,” Al Doustour stated.

“The storm will last 10 hours, which will devastate the coastal cities, in particular,” the source added.

Meanwhile, the news induced Moroccans to react negatively and defensively for their home country.

Others went on to criticize the editorial credibility of the newspaper, pointing out that “the news has nothing to do with responsible journalism.”

Some Moroccans have suggested that because many Egyptians have a particular aversion to the stability of Morocco, the Egyptian newspaper is merely spreading rumors about a catastrophe to undermine that stability.

With what is going in Egypt since the toppling of former President Mohammed Morsi, one may wonder if some so-called journalists and newspapers in this country have lost their mind.