TRIPOLI - Libyan coastguards rescued 92 Africanmigrants stranded at sea when their boat broke down off the Tripoli coast as they were trying to reach Europe, Lana news agency reported. 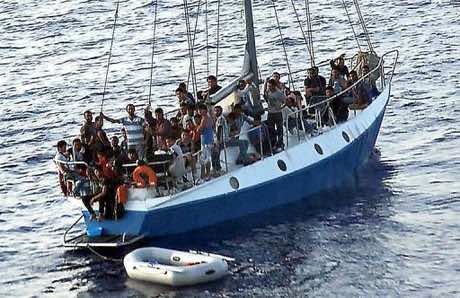 TRIPOLI – Libyan coastguards rescued 92 Africanmigrants stranded at sea when their boat broke down off the Tripoli coast as they were trying to reach Europe, Lana news agency reported.

“The migrants were transferred to Tripoli port and will be handed over to authorities who deal with illegal migration,” he added.

With a 1,770-kilometre (1,100 miles) coastline, Libya is a favoured country of transit for would-be migrants from southern and western Africa seeking to reach Europe in search of a better life.

The journey is frequently perilous, and in October around 400 Africans drowned in the Mediterranean en route for Europe.

Italian Foreign Minister Emma Bonino earlier this month criticised the lack of control in Libya, which has been increasingly lawless since the 2011 uprising that toppled veteran dictator Moamer Kadhafi.

“In the absence of any control over its territory, Libya is today becoming a sort of freeway where anything gets through — weapons, drugs,” Bonino said.