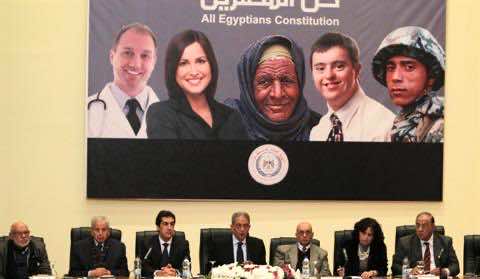 CAIRO- The Islamist supporters of deposed Egyptian president Mohamed Morsi will boycott a referendum on a new constitution next month and organise a campaign against the vote, a spokesman says.

The Anti-Coup Alliance led by Morsi’s Muslim Brotherhood movement had initially considered calling on its supporters to vote against the constitution.

But an extensive police crackdown on the Islamists has decimated their grassroots network, weakening their chances of defeating the new constitution at the polls.

“We reject any vote under military rule,” said Hamza al-Farawy, a spokesman for the Anti-Coup Alliance, which demands Morsi’s reinstatement.

The referendum on January 14 and 15 is expected to ratify the new constitution, which replaces the one suspended by the military when it ousted Morsi in July.

He did not elaborate on how the campaign would unfold, as thousands of Islamists, including the Brotherhood’s top leadership, have been arrested. Morsi himself is behind bars, accused of inciting violence against protesters last year.

More than 1,000 people, mainly Morsi supporters, have been killed in street clashes since the president was overthrown by the military amid massive protests against his turbulent year-long rule.

The referendum has been billed as a key step in a democratic transition, and is to be followed by parliamentary and presidential elections by autumn 2014, according to the military-installed government’s schedule.

The government has vowed to protect polling stations on the two days of voting, planning a deployment of 200,000 policemen, according to state media.

“The government is committed to securing the constitutional referendum, with the coordination of the armed forces and police,” Prime Minister Hazem al-Beblawi said Monday, according to the official MENA news agency.

Analysts expect the constitution to pass in the vote, amid a widespread backlash against the Islamists and a desire for restored stability.

Pro-Morsi protests have been largely confined to universities in recent weeks, and the interior ministry said 25 people were arrested after a student demonstration in Cairo turned violent on Monday.

The previous constitution had been drafted by an Islamist-dominated panel and put to referendum during Morsi’s year in power.

The new draft has done away with much of the Islamist inspired wording of Morsi’s constitution, which alienated secularists and Egypt’s Christian minority. 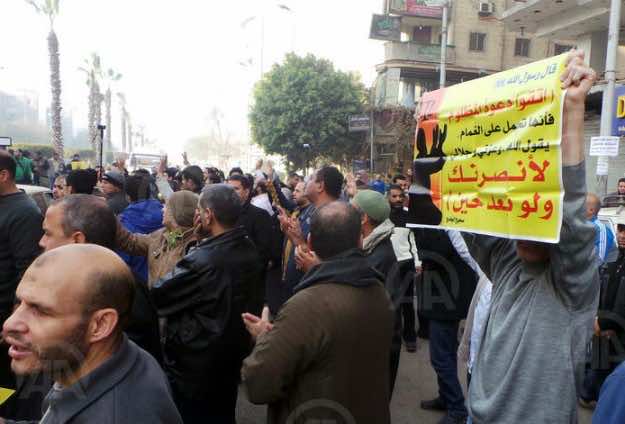