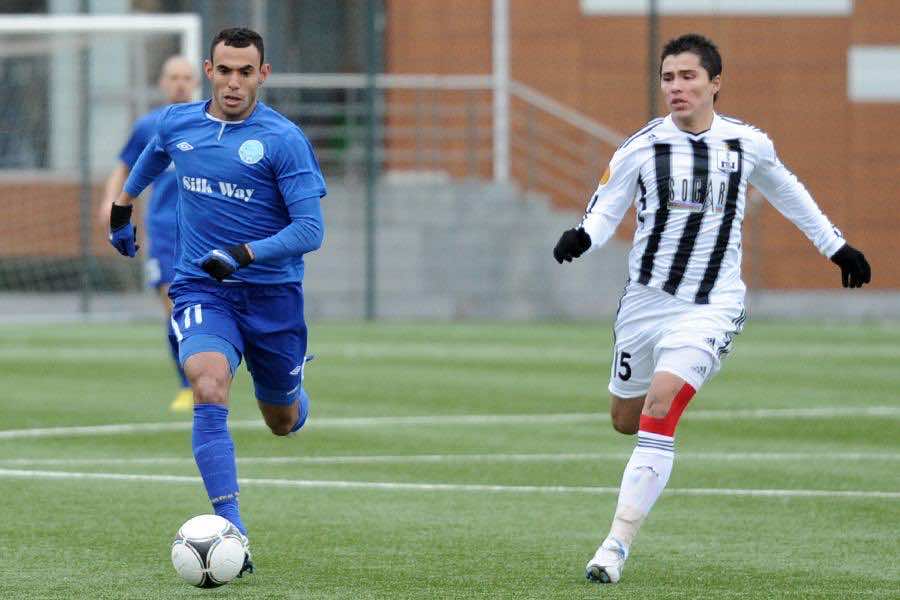 By
Adnane Bennis
-
Adnane Bennis is a national of Morocco, obtained his Bachelor’s Degree in Computer and Information Science from East west University in Chicago.
Dec 17, 2013

Fez- The news has been shared by many Moroccans since it was first published by Moroccan news portal Hespress. Zouhair Benouahi, a Moroccan player who plays in Azerbaijan’s football league,  said he was deprived of playing with the national team of football (soccer), because he once played against an Israeli team.

The news might sound unbelievable, but this is what, Rachid Taoussi, the coach of Morocco’s national team allegedly told the player: “a player who plays in Israel can’t even dream of playing with the national team as long as I am the coach.”

The player added that although Taoussi expressed his satisfaction of the player’s performance, he opposed his integration into the Moroccan team, on the grounds that he had played against an Israeli team during the first round of the Europa League.

Faced with the impossibility of playing for Morocco, the player said he had no other choice than obtaining the Azerbaijani citizenship in order to play for its national team.