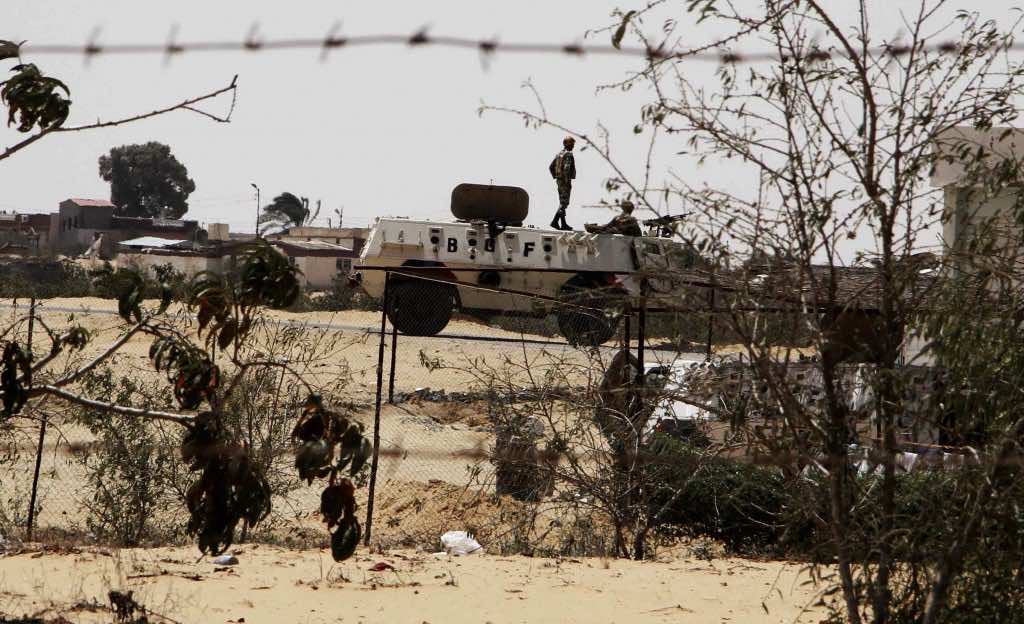 CAIRO – Egypt’s military has arrested a jihadist suspected of involvement in an ambush that killed 16 Egyptian soldiers near the border with Israel last year, an army spokesperson said Tuesday.

Ali said 20 other jihadists were arrested with Masbah but they were involved in other attacks on security forces.

Masbah — known as Abu Khalid — was involved in the August 5, 2012 ambush on an Egyptian guard post in the town of Rafah near the border with Israel that killed 16 soldiers, Ali said.

The militants raided the base under the cover of mortar fire, killing the soldiers and commandeering a military vehicle into Israel before they were halted by an Israeli helicopter strike that killed six of them.

Ansar Beit al-Maqdis has claimed attacks in and outside the Sinai peninsula, including the unsuccessful September 5 car bomb against interior minister Mohamed Ibrahim in Cairo.

It also claimed last month’s assassination in Cairo of police Lieutenant Colonel Mohamed Mabruk, who was involved in an ongoing crackdown on Islamists in Egypt.

Jihadists have stepped up a campaign against security forces in the peninsula, which borders both Israel and the Gaza Strip, since the ouster of Islamist president Mohamed Morsi, killing dozens of security force personnel in near-daily attacks.

Egypt has poured troops into the mountainous and underdeveloped Sinai to combat growing militancy while it has waged a crackdown on moderate Islamists elsewhere.