NICOSIA - Hopes that the Middle East and North Africa would be transformed by a democratic tide over the past three years have been dashed in most countries. Here is a brief rundown: 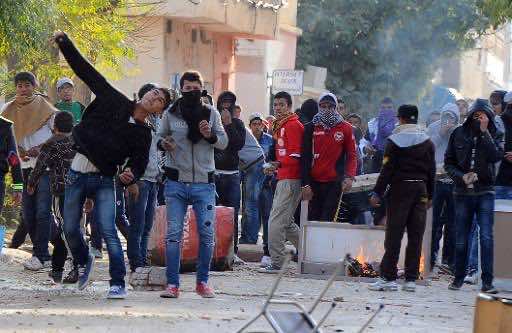 NICOSIA – Hopes that the Middle East and North Africa would be transformed by a democratic tide over the past three years have been dashed in most countries. Here is a brief rundown:

A protest movement that erupted on February 14, 2011 was put down a month later, but this small Gulf kingdom is still the scene of unrest as a Shiite majority contests the ruling Sunni dynasty.

President Hosni Mubarak handed over to the army on February 11, 2011 after a general revolt left almost 850 people dead.

On July 3, 2013, Islamist president Mohamed Morsi, the first freely-elected head of state, was also ousted by the armed forces.

More than 1,000 people, mainly Morsi supporters, have since been killed in street clashes and security forces have made 2,000 arrests.

Since Moamer Kadhafi’s regime collapsed in October 2011, authorities in Libya have struggled to maintain order.

They rely on former rebel groups which have become armed militias that challenge the state if their interests are threatened.

Since March 2011, peaceful protest in Syria has been transformed by a brutal crackdown under President Bashar al-Assad into all-out war that essentially pits Shiite Muslims against Sunnis.

More than 126,000 people have died, according to a Syrian non-governmental organisation, and millions of people have been displaced.

Tunisia is where the “Arab Spring” began but is still without a strong central government almost three years after Zine El Abidine Ben Ali fled on January 14, 2011.

A constituent assembly dominated by Islamists from the Ennahda party was elected in October 2011 but Tunisia is beset by chronic social unrest and political crises, including the murder of two opposition figures this year.

Yemen is struggling to establish a new constitution under a UN- and Gulf-backed transition launched when president Ali Abdullah Saleh stepped down in February 2012.

The main sticking point is southern Yemen’s demand for autonomy.