Fez-Maradona is creating a controversy in Algeria. During a ceremony organized on Tuesday by Algeria’s mobile operator Mobilis on the occasion of the launch of 3G in Algeria, Diego Maradona, kissed his girlfriend in public, which embarrassed some ministers sitting at the same table with him. 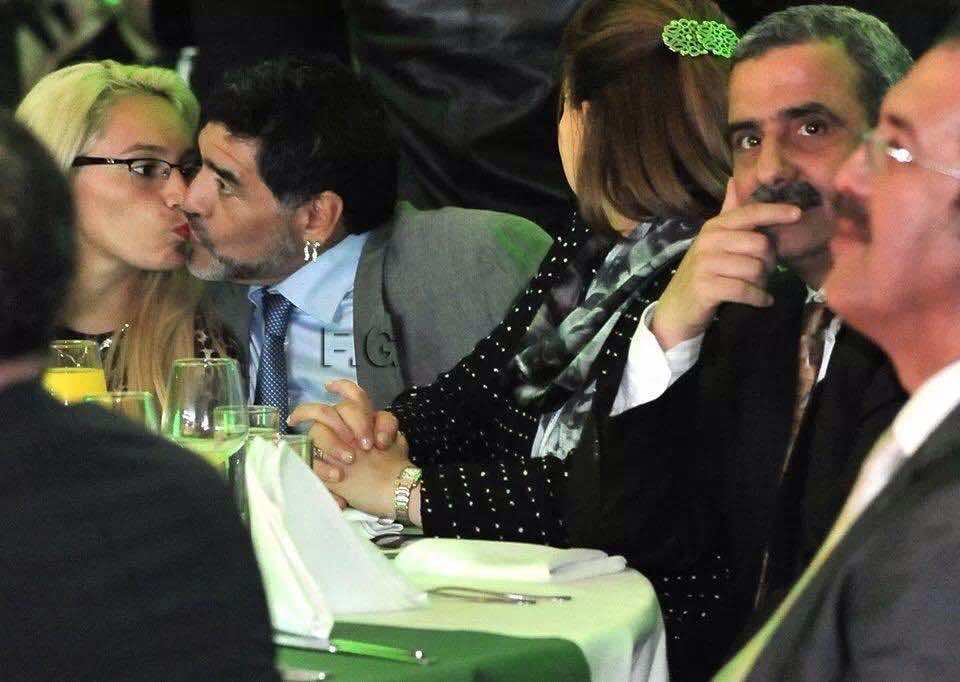 Fez-Maradona is creating a controversy in Algeria. During a ceremony organized on Tuesday by Algeria’s mobile operator Mobilis on the occasion of the launch of 3G in Algeria, Diego Maradona, kissed his girlfriend in public, which embarrassed some ministers sitting at the same table with him.

The scene, which took place live while millions of Algerian were watching the ceremony on TV, is causing a controversy in Algeria.

Some internet users did not hesitate to call Maradona’s move an “insult” to the Algerian people. Others pointed out that Maradone came to Algeria to get a fat check and insult Algerians’ religion.

“Maradona earns a million dollars and insult our religion,” said one internet user.

“After the hand of Maradona Maradona, it is the kiss of Maradone that will go down in history,” said Algerian online portal Algerie Focus.

“But this time, it is not a great history. It is only a simple story of good morals, which made headlines in a society undergoing sexual and emotional turmoil,” it added.