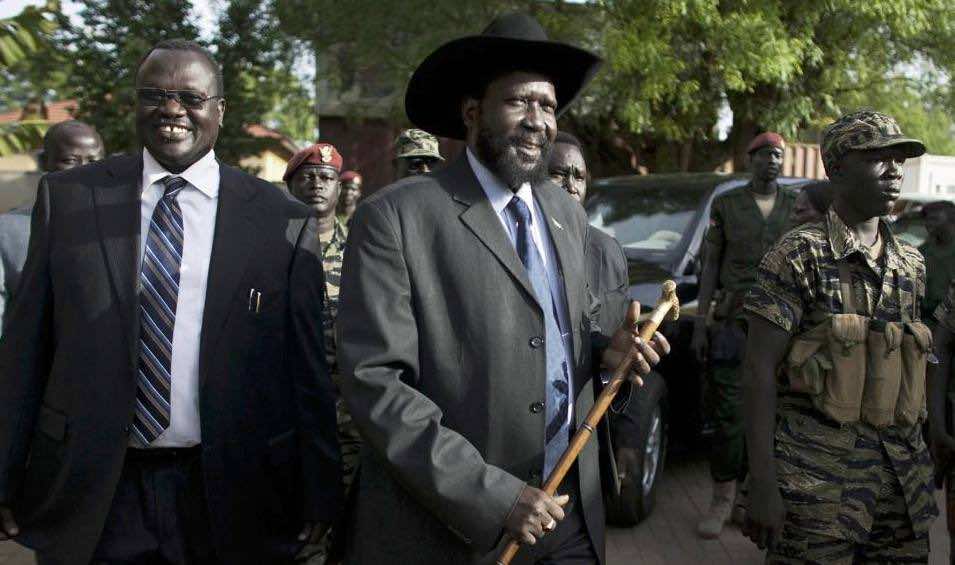 “There was no coup,” Machar was quoted as saying by the Sudan Tribune.  “What took place in Juba was a misunderstanding between presidential guards within their division.”

“It was not a coup attempt,” he reiterated. “I have no connection with – or knowledge of – any coup attempt.”

Machar went on to assert that no official from the ruling Sudan People’s Liberation Movement (SPLM) had any connection with the alleged putsch.

Earlier this week, Kiir accused Machar of standing behind a failed coup attempt against his administration.

The former vice-president responded by accusing Kiir of trying to thwart the democratic process by leveling trumped-up accusations against his detractors.

In July, Kiir abruptly sacked Machar – along with the entire government – and drew up a special committee to investigate allegations of government corruption.

Last year, Kiir had sent a letter to 75 current and former government officials suspected of embezzling some $4 billion worth of state funds.

The Nuer tribe and Kiir’s Dinka tribe represent South Sudan’s two largest tribes. Together, they account for some 80 percent of the fledging country’s total population of 11 million.

Kiir has recently come under fire from senior members of his ruling SPLM who accuse him of failing to adequately run both the party and the nascent country.

Early this month, SPLM leaders gave vent to unprecedented criticism of Kiir, claiming that he favored a small clique within the party at the expense of other party members, which, they asserted, had led to the polarization of the movement.

In his statements to the Sudan Tribune, Machar argued that Kiir was “no longer the legal president” due to what he said were Kiir’s recent violations of the South Sudanese constitution.

“We wanted to democratically transform the SPLM, but Salva Kiir wanted to use the alleged coup attempt in order to get rid of us and control the government and the SPLM,” Machar charged.

He added: “We don’t want him as the president of South Sudan anymore.’