ROME - Television footage revealing naked migrants being hosed down in cold weather at a depot in southern Italian island of Lampedusa has been denounced throughout Italy and worldwide. 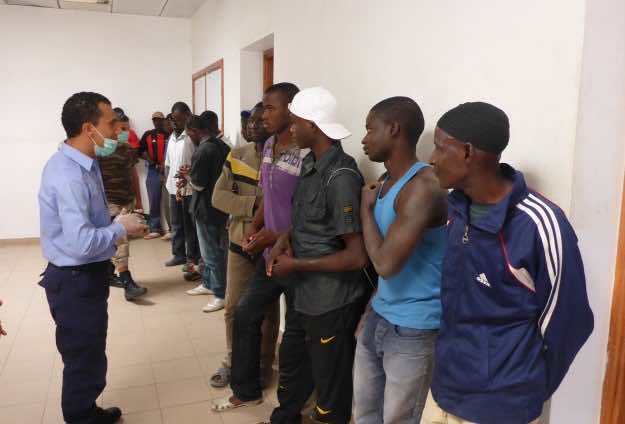 ROME – Television footage revealing naked migrants being hosed down in cold weather at a depot in southern Italian island of Lampedusa has been denounced throughout Italy and worldwide.

Italy’s state-owned RAI 2 broadcasted a video on Tuesday showing naked refugees being hosed down in cold weather to be disinfected of scabies at a depot in Lampedusa.

Prime Minister Enrico Letta said he was shocked by the video, declaring that the incident would be investigated and those who were responsible for it would be penalised.

Laura Boldrini, President of the Chamber of Deputies of Italy, called the treatment of the migrants demonstrated in the footage “degrading” and ill-suited to a civilized country, while Cecile Kyenge, the Minister responsible for integration, said what was shown in the video was unacceptable for a democratic country.

The United Nations Refugee Agency (UNHCR) also reacted to the video, reiterating its call to Italy improve the conditions of the migrants entering the country.

The Italian island of Lampedusa has become a major entry point for migrants seeking to enter Europe since early 2000s.

On October 3, a boat carrying migrants from Libya to Europe sank off the island, killing more than 300 people.