ANKARA   - At least 2.3 million children in the Central African Republic are suffering from sectarian violence, the UN reports. 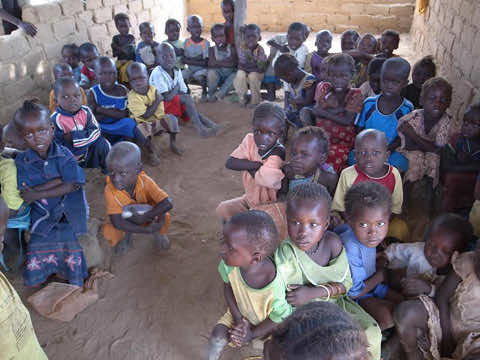 ANKARA   – At least 2.3 million children in the Central African Republic are suffering from sectarian violence, the UN reports.

Children are not only being forced to flee their homes and hide, but also recruited into armed groups numbering as many as 6,000 children, UNICEF Executive Director Anthony Lake said in the press release.

“For too long, the lives of children in the Central African Republic have not counted nor been counted in this forgotten crisis,” Lake said.

Around one million people have been displaced so far by the conflict, which began in March this year when Seleka Muslim rebels removed the President Francois Bozize from power and replaced him with Michel Djotodia.

Violence has escalated as Christian communities, such as the anti-Balaka or anti-machete, have started to fight back.

‘’Children are being killed because they are Christian or Muslim,’’ Lake said. ‘’These brutal attacks on children are an affront to humanity.’’

UN reports say that an average of three people every hour were killed in fighting in the second week of December alone.

France has not only sent 1,600 troops to its former colony in an attempt to stop increasing violence, but also said some European countries will send troops to restore order in the Central African Republic.