CAIRO  – In a Wednesday statement, Abdel-Ghaffar said that he had submitted his resignation to interim President Adly Mansour. 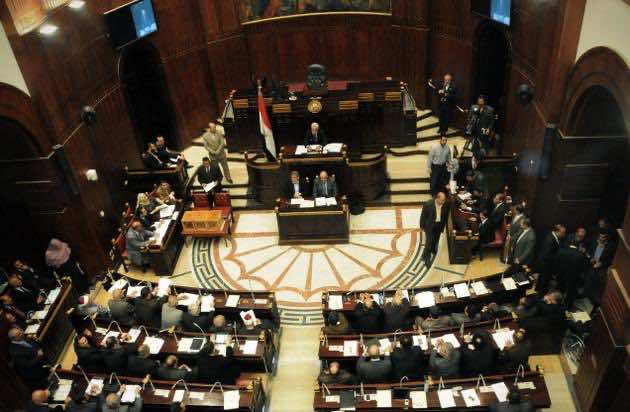 CAIRO  – In a Wednesday statement, Abdel-Ghaffar said that he had submitted his resignation to interim President Adly Mansour.

Topped with the phrase, “A constitution for all Egyptians,” the poster featured images of five people, three of whom turned out to be foreigners.

In a Wednesday statement, Abdel-Ghaffar said that he had submitted his resignation to interim President Adly Mansour.

“I would like to thank all my colleagues in the SIS for their efforts and cooperation during my tenure,” he said.

Abdel-Ghaffar’s resignation came one day after the SIS formally apologized for the poster, stressing that the “mistake was unintentional” and that the typo-laden poster had been donated by an Egyptian NGO.

According to Egyptian online activists, one woman whose photo appears on the poster is Irish, while two of the men who appear with her are American.

The Irish woman had apparently appeared previously in an advertisement made by an Irish company.

The poster, which had been set in the background while members of Egypt’s constitution-amending panel spoke at a Sunday press conference organized by the SIS, also contained a number of spelling mistakes.

On January 14 and 15, Egypt plans to hold a public referendum on a revised version of the 2012 national charter, which was suspended by the army following the July 3 ouster of elected president Mohamed Morsi.

Constitutional amendment is the first phase of an army-imposed roadmap for post-Morsi transition, which also includes fresh parliamentary and presidential elections sometime next year.