CAIRO - Egypt's deposed president Mohamed Morsi will be tried on charges of "espionage" that aided acts of "terrorism", state media reported on Wednesday. 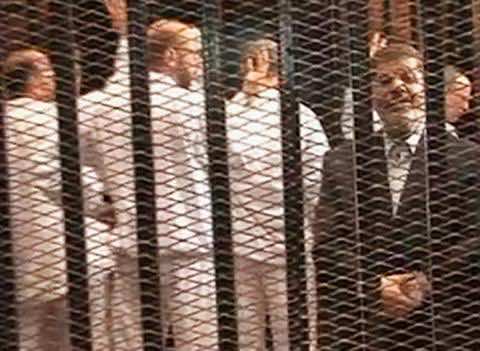 CAIRO – Egypt’s deposed president Mohamed Morsi will be tried on charges of “espionage” that aided acts of “terrorism”, state media reported on Wednesday.

Morsi, an Islamist who the military toppled in July after a single year of turbulent rule, is already on trial over alleged involvement in the killings of opposition protesters.

Thirty-five other defendants, including former presidential aides and top leaders of Morsi’s Muslim Brotherhood movement, would stand trial with him, the official MENA news agency reported.

Prosecutors accuse Morsi of “espionage for foreign organisations abroad to commit terrorist attacks in the country,” the agency reported.

The trial appears to stem from an investigation into prison breaks during a 2011 uprising against strongman Hosni Mubarak, when Morsi and other Islamist prisoners escaped.

Prosecutors have alleged the jailbreaks were carried out by Palestinian and Lebanese militant groups, who had members imprisoned under Mubarak.