El Jadida - Robots have invaded many aspects of our life, domestic robots, industrial robots, military robots, research robots… Will robots ever invade our educational system? That’s what you’ll know about in this article. 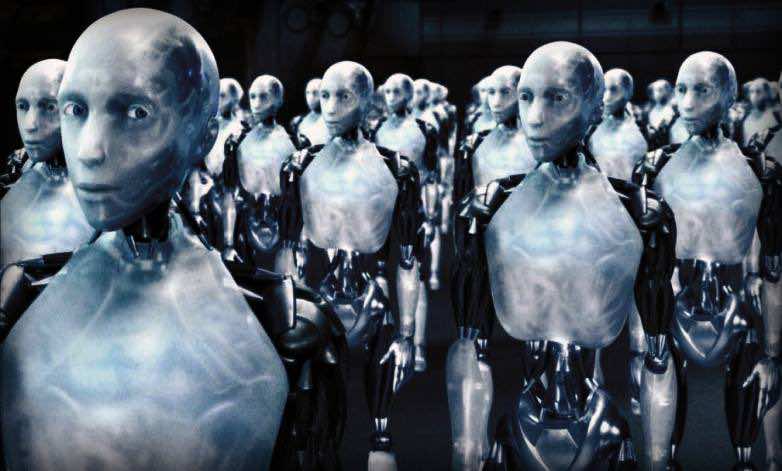 El Jadida – Robots have invaded many aspects of our life, domestic robots, industrial robots, military robots, research robots… Will robots ever invade our educational system? That’s what you’ll know about in this article.

After eliciting names of different technological devices from my students, we moved to talk about the different uses of such devices in different domains. When I asked them about technological devices used in education, they gave me different answers; laptops, interactive whiteboards, data show … but one student said: “a robot teacher”. My mind was full of questions and my facial expressions reflected an amalgam of perplexities, I told her: “a teacher robot teaching real students in the classroom?” She said: “yes!” I said: “yes, maybe, possible, but surely in Japan not in Morocco!”

Later in the afternoon when I met with some of my colleagues, teachers of English, I raised that topic after I shared with them my little incident with my student. Surely, they did not take the idea of having a robot teacher seriously as it sounded more sci-fi than real. With that idea in mind, I couldn’t help but to look it up the other day and see what’s going on in the world of technology concerning robot teachers. Unsurprisingly, I’ve found out that, they do exist! Here are four examples of robot teachers used in education around the world.

Rubi is a robot engineered by computer scientists from South California University. It’s designed to teach and train autistic children social interactions and how to integrate with other children. Rubi is not programmed to engage with children in speech because it doesn’t speak, it only produces two words: “Uh-huh” when approached by children and “Aww” when they retrieve. However, it engages by eye-contact and moving its arms; this way, autistic children can understand some facial expressions and arm gestures; and thus, they can mimic the same behavior. When first introduced to a group of children, they started grabbing it from the arms until they had them disattached. To solve this problem, Rubi was reprogrammed to cry like a child when its arms are hardly grabbed, after this slight modification, children’s reaction was astonishing, they no longer intended to hurt the robot, rather, they sympathized with it as if it were one of their friends.

Saya, a Japanese robot, is quite different from Rubi. It’s a human like robot; first when you take a look at it, it looks like a doll, you see clear human-like facial features, if you touch it, you feel its smooth skin made of rubber. Furthermore, it is able to express 6 emotions (happiness, sadness, anger, disgust, fear, and surprise). It engages in different talk exchanges with students in the classroom. However, it is not independent by itself, meaning, it’s not equipped with an artificial intelligence system; it is remotely controlled from a control center by a real human teacher.

Engkey is an English robot teacher developed by South Korea. However, like Saya, Engkey is a tele-presence tool; in other words, there is a real distant human teacher from another country connected with the students in the classroom via Engkey. Through a screen that constitutes Engkey’s face, the students can see the face of the real teacher connected from his or her personal computer with a webcam and microphone, the teacher can as well see all the students via the cameras on the robot; that way, they can communicate with each other.

Another robot teacher by South Korea, Kibot teaches foreign languages to kids while at the same time serves as a babysitter. When kids are left at home with Kibot, their parents do not need to worry about them because their eyes are kept on them wherever they go. Kibot is equipped with a camera and microphone and it can be connected wirelessly to the parents’ smart phones. Thus, they can call their kids via Kibot any time they want, take a look at what they are doing, they can even remotely control Kibot to track the location of their kids in the house.

Are we looking forward for an era where we no longer have real human teachers? Is it possible that machines will take control over the education of our children? Are there advantages of having robot teachers? As my mind was stirred by my student’s reply, it’s my turn to stir yours with such questions and give you something to wonder about!