RABAT - Morocco must put an end to the practice of convicting detainees on the basis of confessions obtained through torture, a visiting group of UN experts said Wednesday. 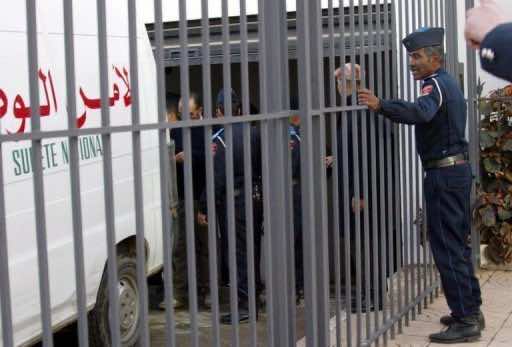 RABAT – Morocco must put an end to the practice of convicting detainees on the basis of confessions obtained through torture, a visiting group of UN experts said Wednesday.

“The working group (on arbitrary detention) was informed in its meetings with detainees that confessions obtained through torture serve in most such cases as the basis of convictions,” El Hadji Malick Sow told reporters in Rabat.

The Senegalese judge was speaking at the end of 10-day visit to Morocco and the Sahara by four UN delegates at the invitation of Rabat, during which they met officials, civil society representatives and detainees in several prisons “without restriction.”

“As the president of the national human rights council said, 2014 should be the year in which torture is definitively abolished in Morocco,” Malick Sow said.

He echoed the claims of rights groups that judges fail to conduct serious investigations into claims of torture during interrogation in the North African country, which they say effectively encourages the practice.

Morocco’s Islamist-led government is in the process of pushing through a raft of long-awaited judicial reforms that include strengthening the judiciary’s independence.

“The working group commends the government that all its provisions be adopted as soon as possible,” Malick Sow said.

Other concerns highlighted by the UN group included the frequency with which suspects are remanded in custody without access to a lawyer, the trial of civilians in military courts and the detention of illegal immigrants.

It also called for a review of Morocco’s anti-terrorist legislation, which was adopted after the 2003 suicide bombings in Casablanca and has been sharply criticised by activists for facilitating the arbitrary detention of thousands of Islamists over the past decade.

The findings of the UN group will be submitted to the Moroccan government next year, and the final report presented to the Human Rights Council in Geneva in September.