JEDDAH, Saudi Arabia - A Saudi appeals court has upheld jail and lashes for an Egyptian lawyer whose arrest on drug trafficking charges last year sparked a row with Cairo, a newspaper said Thursday. 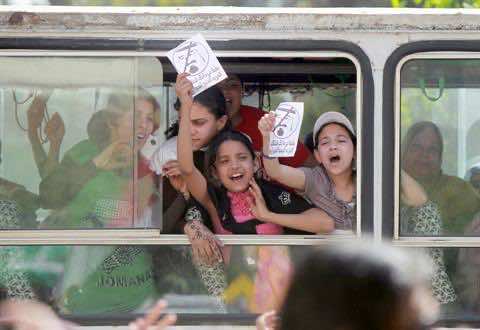 JEDDAH, Saudi Arabia – A Saudi appeals court has upheld jail and lashes for an Egyptian lawyer whose arrest on drug trafficking charges last year sparked a row with Cairo, a newspaper said Thursday.

The five-year sentence and 300 lashes meted out by a Jeddah court against Ahmed al-Gizawi are now final, Okaz daily said, adding that the execution of the lashing sentence will begin “within a month.”

The lashes are implemented at the rate of 50 per month.

Gizawi was accused of trying to smuggle in 21,380 capsules of the anti-anxiety drug Xanax, which is banned in Saudi Arabia, where drug trafficking carries the death sentence.

He had travelled to Saudi Arabia in April 2012 with his wife to perform the umra, the minor pilgrimage to Islam’s holiest sites in Mecca and Medina, when he was detained at Jeddah airport, the Arabic Network for Human Rights Information said at the time.

The Egyptian organisation said Gizawi had earlier been sentenced in absentia to one year in prison and 20 lashes for criticising the Saudi government, and was targeted over his activism for Egyptian detainees in Saudi prisons.

His arrest triggered a diplomatic row between Riyadh and Egypt’s Islamist president Mohamed Morsi, who was ousted by the army in July following nationwide protests.

Hundreds of Egyptian protesters had rallied outside Riyadh’s embassy in Cairo demanding his release, prompting the kingdom to shut down its mission.