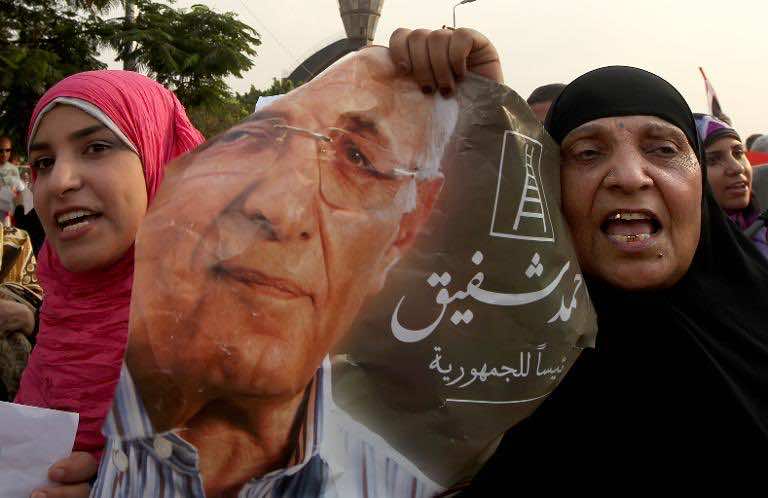 Shafiq fled to the United Arab Emirates shortly after he narrowly lost to the Islamist Mohamed Morsi in a 2012 presidential election, a year before Morsi’s overthrow by the military.

He faces another corruption trial, as do Mubarak’s sons Alaa and Gamal, and has not publicly said whether he would return and run in elections this year if acquitted of all charges.

He had been charged with a corrupt land sale to Mubarak’s sons undertaken when he was a senior aviation official in Mubarak’s government.

Shafiq later became the aviation minister and then prime minister in Mubarak’s last days in office.

The military-installed government plans parliamentary and presidential elections by autumn 2014, amid widespread speculation that military chief Abdel Fattah al-Sisi will compete and win.

Sisi has not confirmed his candidacy, but if he runs former military officers such as Shafiq are expected to step aside.