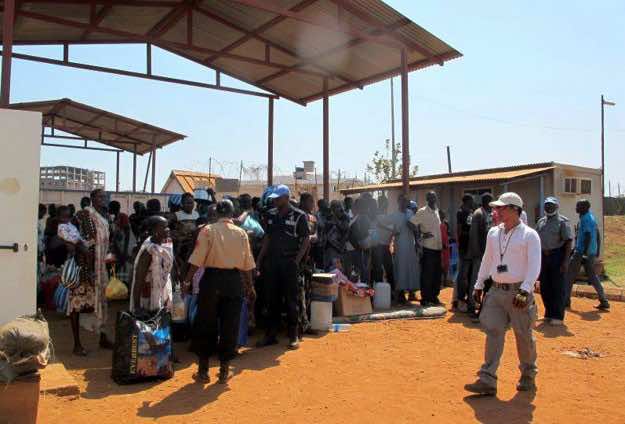 Nearly 16,500 people have taken refuge in UN compounds in South Sudan since Sunday, the UN mission has confirmed.

Spokesman Joseph Contreras said that the numbers of people seeking protection at the UN camps are on the rise, reported Radio Miraya, a generalist radio station operated by the UN Mission in South Sudan.

He said nearly 1,000 people had fled to the UN compound in Bor, the capital of the Jonglei state, since fighting broke out in the region on Wednesday.

The UN spokesman said the refugees are being provided with water and medical care, citing limited UN resources.

South Sudanese army spokesman Philip Aguer said more than 500 people, both army personnel and civilians, had been killed since Sunday.

South Sudan has fallen into violence since Sunday when President Salva Kiir said his forces had quashed a coup attempt by his sacked vice-president Riek Machar.

But on Wednesday, Machar denied any involvement in the coup attempt.

In July, Kiir dismissed Machar, along with the entire government, and drew up a special committee to investigate allegations of government corruption.

Last year, Kiir had sent a letter to 75 current and former government officials suspected of embezzling some $4 billion worth of state funds.