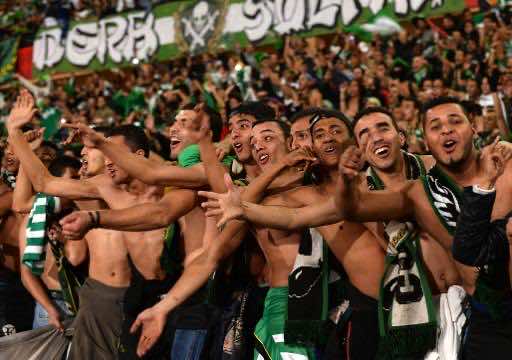 Ohio – Morocco’s soccer team Raja is one step away from becoming a World Soccer Club Champions. Yesterday, they defeated the all but a shoe in Brazilian team with its legend player Ronaldinho. That didn’t stop Morocco’s Raja team from magically defeating the world ranked club 3-1.

Raja is playing final match against Bayer Munich this Saturday. This is the first time in the history of Moroccan soccer that a team reached such a prestigious level in all Moroccan team sports. As any Moroccan knows this is a glimmer of hope that will translate in a euphoric country should they win the match slated for Saturday.

The question is what does this win and advancing to the final match mean for Moroccans? It simply means disbelief and a soul searching that Moroccans do have that competitive spirit that could advance the psyche of many into a hyper zone of can-do attitude.

If this is not what Morocco needed for years if not decades, this dose of positive reality is nothing but a huge runway on which Moroccan visionaries could build up. As I was scouring the internet to read feedback from Moroccans I could not help but notice that the faint glimmer of hope remained alive, and ticking, like a huge burden of self-defeatism finally lifted, and everyone can breathe a sigh of relief, now Moroccans can look forward from here on.

If one team can get it done, there is no reason that many things can also be done collectively with a sense of pride and a sense of holding one’s head high. If we can compete with the best and win, we can do just about anything. One might also sense that it was not a fluke that Morocco was hungry for such a feat for a long time. It is finally here despite all the criticism that was leveled against the organizers of the tournament for being unprofessional, cheap and missed out on an opportunity for Morocco to showcase more than just a soccer club.

Without politicizing the event, the organizers failed at showing that Morocco is one of the most beautiful countries to visit. A country rich with a tradition of tolerance and diversity for all who wish to make it their home.  It also failed to give a message of peace to the world that perhaps from the perspective of the average Moroccan and their ideals, some of the friendliest peace loving human beings on earth. That’s why perhaps Morocco did not forfeit this opportunity to also tell the world that Moroccans can also win.

This winning streak could not have come at a better time for Morocco as a country to unite and gather some steam to work through many problems among them education and a host of social problems that needed reform with the right leadership at the helm of Parliament and other ministries.

A young country with staggering social problems due to its antiquated legal system, a constitution that does not clearly reflect a progressive compromise between the changing cultural dynamics of Moroccan demographics and the laws that have been in the books for decades, or to a certain extent some new rules that may be putting more restrictions on individual freedoms of the average citizen. There are many lessons to be learned from triumph, and there are also many celebrations.

Let’s learn from our lessons of success in soccer as a platform to build up on for new vision for Morocco that puts its citizens ahead of all ideological interests. I am certain such a vision will have the blessings of all Moroccans who are out there today shouting: We are all Rajawis.