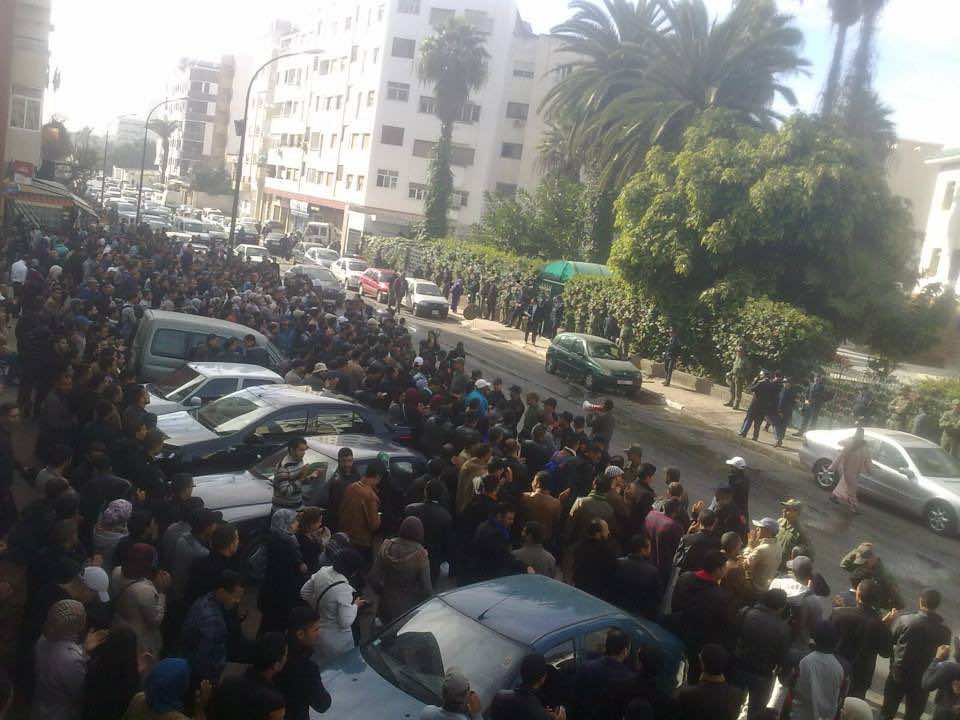 By
Mohammed Maj
-
Maj Mohammed is a teacher of english in Meknes.
Dec 19, 2013
Spread the love

The demonstration was an act to express sympathy and solidarity with teachers who were exposed to the cruel intervention by the police on December 2nd and 5th.

The demonstration was a popular march of enormous proportions. It started from Bab Alhad (Al’had Gate) passing through Hassan II Street, then Mohammed V to arrive at the square of Ministry of Education.

The demonstrators went hand-in-hand repeating slogans that emphasized their rights to promotion and their strong will to augment their ways of struggling during the coming weeks.

It is worthy to note that these types of events remain unique in the era of Abdellilah Benkiran. They are considered a real retreat to the international commitments and agreements related to the freedom of speech.

Human Rights Watch has condemned the use of excessive force by security forces on Thursday, December 5th.

Indeed, these events are strong indications that Morocco is moving backwards, as far as the issue of human rights is concerned.

In this respect, many organizations have expressed their extreme sympathy and support for these teachers who have been violently oppressed only because they have asked for their rights of promotion like their previous colleagues.

It is important to mention that the major demand of these teachers is to benefit from an unconditional promotion suitable to the degree they hold.

The struggles of both National Coordinations are determined to carry on their agenda until they receive a positive response from the national Ministry of Education.

All in all, the fact that the government turns a blind eye to this issue means that the Moroccan students will lose more and more hours.