BAGHDAD- The three explosions followed a suicide attack in the capital that also targeted Shiite pilgrims, leaving 21 dead, including the bomber, and 40 injured. 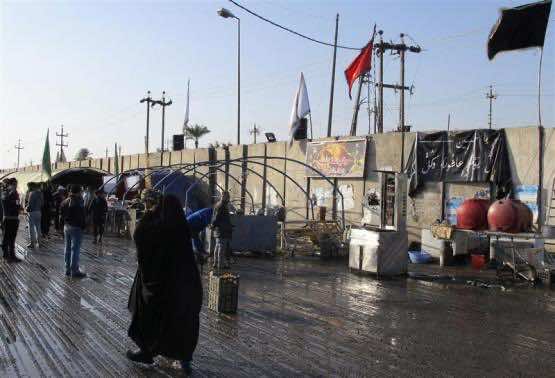 BAGHDAD- The three explosions followed a suicide attack in the capital that also targeted Shiite pilgrims, leaving 21 dead, including the bomber, and 40 injured.

At least 12 people, including a suicide bomber, were killed and 43 others injured in three fresh explosions in the Iraqi capital Baghdad targeting Shiite pilgrims heading to the holy Shiite city of Karbala, security sources said.

The three explosions followed a suicide attack in the capital that also targeted Shiite pilgrims, leaving 21 dead, including the bomber, and 40 injured.

A roadside bomb in Mushahda in northern Baghdad left one pilgrim dead and five others injured, while the donation of an explosive charge in Radwaniya in southwest Baghdad killed two and wounded six others, the sources said.

A suicide bomber blew himself up in Youssefiya, southern Baghdad, killing eight others and injuring 32, they added.

The Shiite pilgrims had been heading to the city to commemorate Arbaeen, the end of the 40-day mourning period that follows the anniversary of the death of Prophet Muhammad’s grandson, Imam Hussein, a revered figure in Shiite Islam.

No group has yet claimed responsibility for Thursday’s attacks.

Recent months have witnessed an uptick in violence across Iraq. Although most such attacks go unclaimed, Iraqi authorities usually point the finger at Al-Qaeda-linked militants.