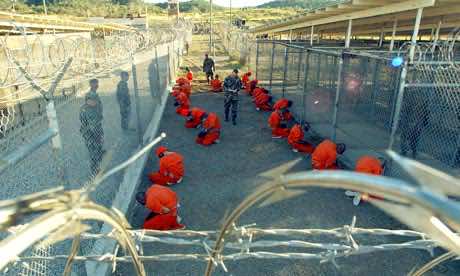 The Inter-American Human Rights Commission said in a statement the transfer was “against the will of Djamel Ameziane and in violation of international human rights.”

Ameziane and another Algerian, Bensayah Belkecem, were sent home from Guantanamo December 5 despite their protests that they faced persecution there.

The United States said the transfers were coordinated with the Algerian government “to ensure these transfers took place with appropriate security and humane treatment assurances.”

The commission, a body of the Organization of American States, took up Ameziane’s case in March 2012.

It said he was held in a secret prison in Algeria after his arrival in the country but was released on December 16.

Nevertheless, it said the US transfer was “a violation of the principle of ‘no expulsion,’ which prohibits transfers and deportations of people to countries where they run the risk of being tortured.”

The United States recently has stepped up repatriations of Guantanamo prisoners as part of a long-stalled bid by President Barack Obama to close the 12-year-old “war on terror” detention center on the southeastern tip of Cuba.

Currently, 160 detainees are still being held at Guantanamo, about half of whom have been approved for transfers.