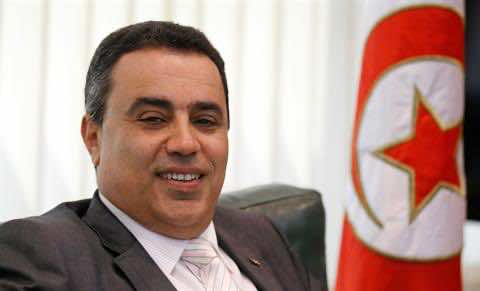 TUNIS: Tunisian premier-designate Mehdi Jomaa, chosen to form a transitional government, promised Friday to do his utmost to ensure transparent elections and bring the country out of crisis, TAP news agency reported.

Jomaa said he would “favour the appropriate conditions for transparent and credible elections, the security of Tunisians and promoting the economy with the aim of emerging from the crisis” that erupted with the July assassination of a leading opposition MP.

TAP said he also committed himself to “guarantee the neutrality of the administration, of the security apparatus and the army”.

Jomaa’s remarks came in a statement from the Socialist party, with whose leader he spoke ahead of a 1500 GMT meeting at which the ruling Islamist party Ennahda and others are to discuss the mechanism for current premier Ali Larayedh to step down and for Jomaa to take office.

Jomaa, 51, an engineer whose political career only began in March when he was named industry minister, was tapped for the top job on Saturday at a meeting of Ennahda and opposition parties, despite the objections of some of them.

Tunisia has been in political deadlock since July, when MP Mohamed Brahmi was assassinated by suspected Islamists.

Ennahda, which has been sharply criticised for failing to rein in Tunisia’s jihadists since being elected in the wake of dictator Zine El Abidine Ben Ali’s 2011 overthrow, agreed in October to step down as part of a political roadmap brokered by mediators.

The chief mediator in two months of talks that led to Jomaa’s designation, UGTT union chief Houcine Abbasi, said the target is for him to take office within two weeks from Friday.

Prime Minister Larayedh has said he is prepared to step down as long as a new constitution and electoral law are introduced and an electoral commission is in place so elections can be held next year.

But the National Constituent Assembly’s work has been slowed by bitter political infighting, a boycott by opposition MPs, procedural mistakes and high absenteeism.

Jomaa began consultations Wednesday on forming a government, which he said would be made up of ministers who are politically “independent” and “competent”.