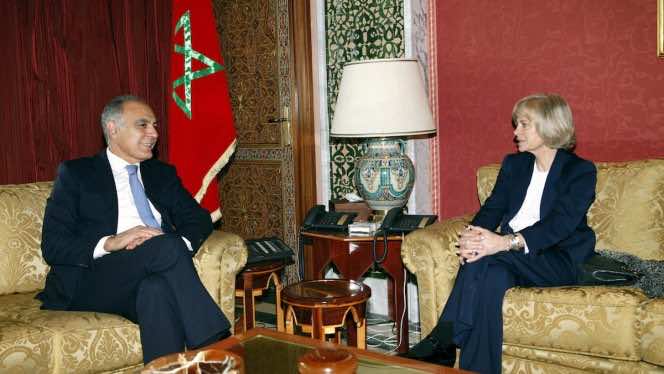 Guigou’s statements which expressed French and European’s “satisfaction and reassurance” regarding the situation in Morocco, came following a meeting with Moroccan Foreign Minister, Salaheddine Mezouar.

“The success of Morocco is a wonderful thing,” she said, noting that the Kingdom is in the process of fostering democracy, a Moroccan democracy thanks to the success of the reforms in the political system, and the consolidation of the economic situation.”

The meeting with Mr. Mezouar was also “an opportunity for us to discuss a number on common interest issues relating to sub-Saharan Africa, and the need to develop action in these countries and to act together to ensure that the situation in terms of security is improved,” Ms. Guigou added.

For his part, Mezouar said the meeting was an opportunity for Ms. Guigou to reiterate France’s constant support for Morocco’s just causes, notably the issue of the territorial integrity of the Kingdom.

The two officials also discussed several regional and international issues, including the situation in Syria, and the mobilization to preserve peace and security in sub-Saharan Africa.