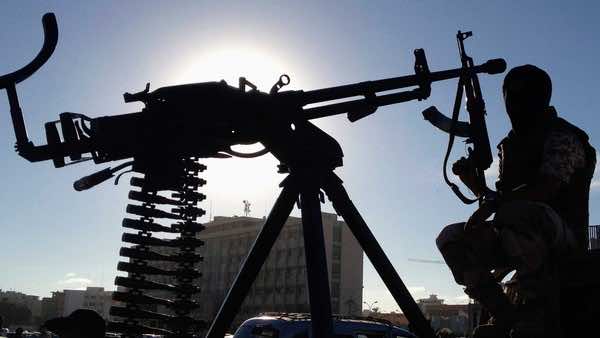 “The government is making every effort to hold talks with those blockading the terminals,” he told journalists on the sidelines of a conference in Doha of the Organisation of Arab Oil Exporting Countries.

“But all options, including the military option, remain open to put an end to this situation,” he said.

Libya’s Prime Minister Ali Zeidan has already threatened to use force against the strikers but without taking action.

Armed protesters have refused to lift their blockade of vital oil terminals in eastern Libya, despite a tribal pledge to do so.

The action, which has sent oil output plummeting to 250,000 barrels per day from the normal level of almost 1.5 million bpd, was launched in July in support of demands for regional autonomy.

Since the ouster of Libya’s long-time leader Moamer Kadhafi in 2011, authorities have struggled to quell rising lawlessness and impose their authority.

Arusi said in early December that lost production had cost Libya “around $9.0 billion” in revenues.