LONDON- Britain and the United States held services on Saturday to remember the 270 people killed when a US airliner exploded over the Scottish town of Lockerbie, in Britain's worst ever attack. 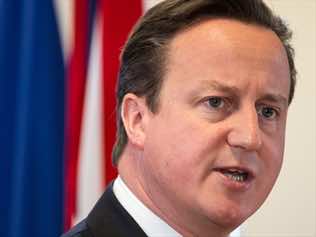 LONDON- Britain and the United States held services on Saturday to remember the 270 people killed when a US airliner exploded over the Scottish town of Lockerbie, in Britain’s worst ever attack.

Only one person has ever been convicted over the bombing — Libyan Abdelbaset Ali Mohmet al-Megrahi, who died last year still protesting his innocence.

Scotland’s leader Alex Salmond was among the mourners laying wreaths on Sunday at Lockerbie’s Dryfesdale Cemetery, which houses a memorial to the victims.

“On this 25-year anniversary, and as the country prepares once more to relive the harrowing events of that terrible night, it is important that we remember that the pain and suffering of the families and friends of those who died has endured since that winter night in 1988,” Salmond said.

US Attorney General Eric Holder and Scottish officials were set to attend a memorial service at Arlington National Cemetery just outside Washington,while Syracuse University in New York, which lost 35 students in the bombing, was also holding a remembrance ceremony.

“You have shown that terrorist acts cannot crush the human spirit. That is why terrorism will never prevail,” he said in a statement.

Libya admitted responsibility for the bombing in 2003 and the regime of slain dictator Moamer Kadhafi eventually paid $2.7 billion in compensation to victims’ families as part of a raft of measures aimed at a rapprochement with the West.

Since the fall of the Kadhafi regime in 2011, British and US detectives have travelled to Libya to investigate whether other perpetrators could be identified.

“Over the last quarter of a century much attention has been focused on the perpetrators of the atrocity,” Cameron said.

“Today our thoughts turn to its victims and to those whose lives have been touched and changed by what happened at Lockerbie that night.”

He added that the attack continued to forge a strong bond between Syracuse University and Lockerbie through a scholarship programme that sends two students from the Scottish town to New York every year.

“This is the lasting and optimistic legacy bequeathed to future generations on behalf of those who lost their lives on this day 25 years ago and who we remember here today,” Cameron said.