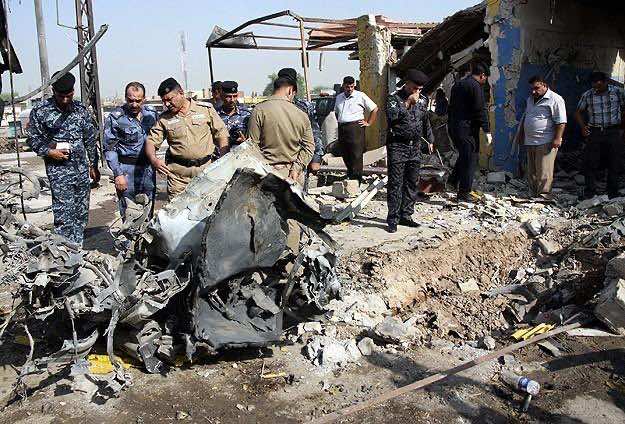 27 people were killed and 39 were wounded in violent attacks in Iraq on Saturday, according to security officials.

Four police officers died after gunfire and two of the assaulters have been arrested, security officials said.

In a village of Kirkuk, a group of unidentified people raided on some houses and killed six people who are allegedly “people’s militia” affiliated with police force and fighting against Al-Qaeda. An army commander was killed in a bomb attack while a senior army member was wounded, in the western part of the city.

A military judge was killed in an armed assault after being taken to hospital in Saladin province, while three of his guards and his secretary were injured.

In an earlier attack, 15 soldiers had been killed and 34 wounded after a bomb attack on a military base in Al-Anbar governorate.