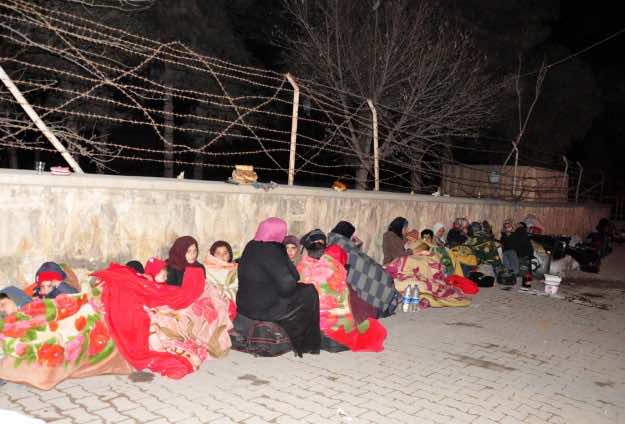 More than 100,000 people have been killed in a civil war that has uprooted millions of people and devastated many cities since the uprising began in March 2011 in Syria.

Reiterating her call for all states to ease their visa regimes for displaced Syrian people seeking shelter, Batchelor said over 50 percent of refugees are children, “the future of Syria and the future of the region.”

“We are asking states to facilitate family reunification whether or not the person happens to come with a visa, a passport,” she said.

Faced with the prospect of a worsening situation in Syria and growing numbers of refugees in 2014, the UN appealed to donors for a record $6.5 billion in funds, $2.3 billion of which is for civilians inside Syria while $4.4 billion will go to Syrian refugees in neighboring countries.

Nearly three-quarters of the country’s population will need help in 2014, according to the UN.

Stressing that the best option would be a political solution, Batchelor said humanitarian needs are to be met until such is reached.

Batchelor called on all the parties attending the Geneva 2 peace conference set for January 22 to agree on a solution and to ensure improved access to those in need of help inside Syria.

“UNHCR has 350 convoys delivering regularly but it is very difficult and dangerous. We have to negotiate with all the parties to be allowed improved access throughout the country to wherever persons are in need,” she said.

Dozens of Syrian children have died from the cold temperature and the worst storm in decades, as the Middle Eastern nation braves the wintry cold for a third time.

Touching on the hard living conditions in camps in winter, she said the agency procured enough shelter including tents with the help of Turkish aid agency AFAD and the Turkish Red Crescent.

“We have a winterization program in the region. In Turkey, we are bringing in 250,000 thermal blankets, we are going to be giving about 150,000 sets of winter clothing for children. UNICEF is donating shoes for children as well as facilitating a vaccination program.”

When asked what percentage Turkey would receive from the funds, after having been allocated only 37 percent last year, Batchelor expressed hope that the amount would increase to address the needs of the Syrian people.

“In 2014 we believe we will receive increased solidarity and support for Turkey”, Batchelor said.

Reminding that Kuwait would host the 2nd Humanitarian Pledging Conference on January 15 in response to the humanitarian crisis in war-torn Syria, she said, “We hope we will be hearing very robust commitment from the international community on January 15 and increased support for Turkey.”

Batchelor said they had several projects and activities on vocational training to maintain the Syrian people’s skills.

“We want to avoid people going into a kind of hopeless frame of mind. They will go back fully empowered and they will have the psychological determination to rebuild their country, if they might go on resettlement to a third country, they have something to contribute,” she said.

Stating that some children had witnessed the loss of their parents, Batchelor said they are so afraid of the separation they do not even go to school.

“Children have the right to a childhood, to education, to safety and It is in the collective interest of all of us that they can focus on a constructive future,” she said.