ISTANBUL - 21 children and nine women are among the casualties 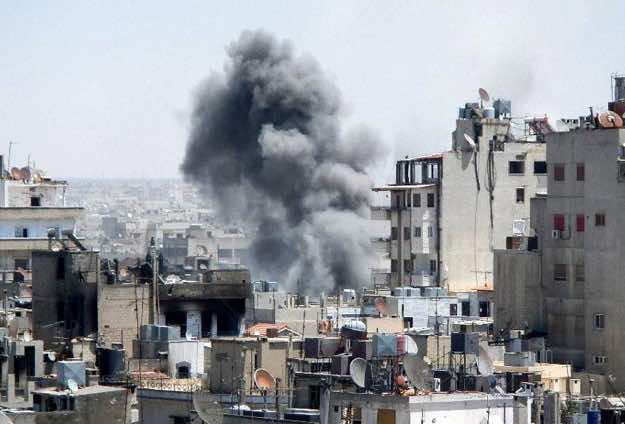 ISTANBUL – 21 children and nine women are among the casualties

At least 114 people, including 21 children and nine women, were killed in attacks staged by the Syrian regime across the country on Sunday, activists said.

Syrian regime forces killed 70 people in Aleppo, 20 in Daraa, seven in Idlib, five in Homs, four in the suburbs of capital Damascus and Deir az Zor each, two in Hama, one in Rakka and Latakia in air and land offensives across the country, said the Syrian Network for Human Rights (SNHR), a London-based group which tracks civilian and dissident casualties.

Syrian Air Forces helicopters attacked  with barrel bombs to Aleppo every day between the hours of 09:00 – 14:00,and the city ruined because of the ongoing barrel bombs attack by the military helicopters for eight days, LCC said.