El Jaddida - Hassan, a young Moroccan graduate from the faculty of Arts and Humanities at Hassan II University in Mohamadia, like many other young Moroccans, has taken refuge in a bilingual call center for a couple of reasons. 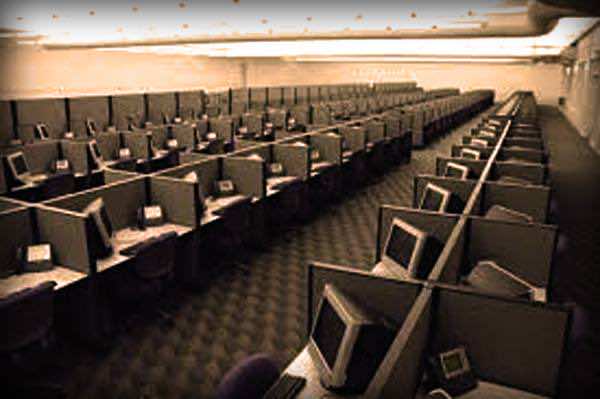 El Jaddida – Hassan, a young Moroccan graduate from the faculty of Arts and Humanities at Hassan II University in Mohamadia, like many other young Moroccans, has taken refuge in a bilingual call center for a couple of reasons.

“First, I want to practice my communication skills and also work in a prestigious call center,” he said. Hassan works for an Airline Company call center, his task at the center consists of receiving calls from passengers who are inquiring about tickets and flights. “My first task was as a receptionist, I receive all inbound calls, I answer all inquiries from a database about flights, I make reservations and I also process clients’ payments,” he added.

Apart from working for 45 hours per week, Hassan described the difficulties he encounters on his daily routine as follows: “as a beginner, the four-weeks training we had wasn’t enough to fully comprehend all the intricacies of the job. The other problem, which many of us in the center suffer from, is the huge number of incoming calls that we have to process everyday.” When asked about the source of the answers he provides clients with, he said: “all the answers are available on the system.” Furthermore, when asked if he considers his task to be repetitive, he answered with a big “Yes.”

With the sky rocking advances in technology, IBM has succeeded in creating Watson. Equipped with a sophisticated Artificial Intelligence, Watson was able to beat two of the world’s best “Jeopardy” players. Jeopardy is a television show that features quiz competitions. Watson has the ability to memorize 200 million pages of information and to fully understand queries in natural language as well as answer them.

After the success of its Beta version, IBM announced a general-purpose version of the program called “IBM Watson Engagement Advisor,” which can be used in call-centers to answer calls as it can fully understand plain English and can be operated by a human agent.

When asked about the challenges of dealing with huge numbers of incoming calls, Hassan said: “you try to be as friendly as possible, keeping a positive tone, but sometimes you feel annoyed, bored and you can lose your temper.” Such qualities are of human nature; however, Watson Engagement Advisor would keep calm all the time and answers all questions with great ease.

But when asked if he is with or against the idea of introducing Watson in Moroccan call centers, Hassan was very hesitant “I’m against this idea, I think it will cost a lot of money. There are some clients who make the reservation online through the website; still they call to make sure that it’s been done. Moroccans do not trust technology yet, they still need to hear the human voice.” Watson wouldn’t need any health insurance nor ask for days off. It can work day and night without complaining nor fighting over the phone with clients.

It’s true that Watson threatens Hassan and other young agents’ source of living, but with the increasing advances in science and technology, machines are making their way to replace their counterpart humans. Until then, will we have any outsourced call centers in Morocco exhausting the energy of young enthusiastic Moroccans and conditioning them to do repetitive tasks?