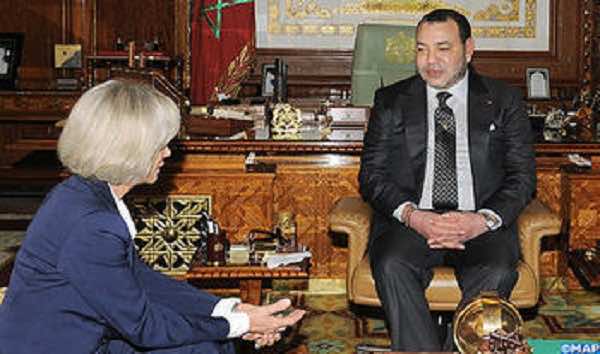 Rabat  –  King Mohammed VI received this Monday at the Royal Palace in Rabat, Elizabeth Guigou, French MP and chairwoman of the foreign affairs commission at the national assembly.

The meeting, says a release of the Royal office, was an opportunity to underscore the excellent quality of Morocco-France relations and their continuing consolidation in all fields.

The Sovereign thanked Guigou for her personal and permanent attachment to developing ties between France, and the Kingdom where she was born, the release goes on.

Guigou commended the pertinence of the bold reforms conducted by Morocco under the insightful leadership of the King.

The meeting was also an opportunity to review major regional, euro-Mediterranean, Maghreban and African issues.

The meeting took place in the presence of advisor to the Sovereign Fouad Ali El Himma.