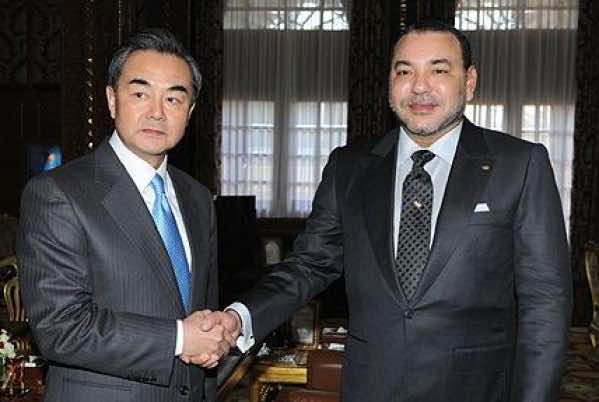 The Chinese official transmitted to the Sovereign a message of friendship and esteem from China’s president Xi Jinping, says a release of the Royal office.

Wang Yi underscored the Chinese president’s will to give new impetus to the excellent ties existing between the two countries and reiterated the invitation extended by the Chinese president to HM the King to pay an official visit to Beijing, to craft a genuine strategic partnership as a new frame of cooperation.

The King welcomed the invitation and voiced satisfaction at the important perspectives that this visit will open for relations between the two friend countries.

The Sovereign also underscored the particular relationships between Morocco and China and their constant evolution to better meet the two countries’ specific needs.

The head of Chinese diplomacy renewed his country’s support and backing to Morocco’s modernization and diversification effort and his country’s appreciation for Morocco’s leading role in the region.

Several international and regional issues were discussed, such as the situation in the Maghreb, the Middle East and in sub-Saharan Africa.

The Chinese FM also commended the Sovereign’s action at the service of the developing world and of consolidating South-South cooperation.